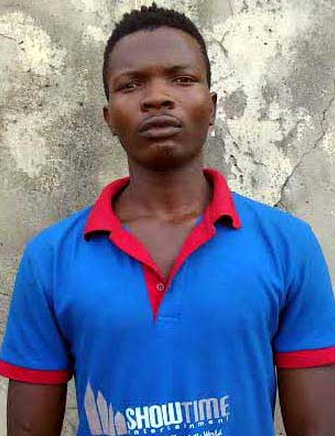 Benedict Ogheneorvo, a 22-year-old tricyclist who stabbed best friend, Emmanuel Jacob to death with an umbrella for refusing to join eiye cult is facing murder.

He appeared before an Ebute Meta Magistrate Court in Lagos yesterday where the prosecutor told the court that the offence was committed on May 18 off Deji Oworu Street in Alapere axis of Ketu.

Prosecuting Sergeant Maria Dauda said that the accused stabbed the deceased on the neck to death with an iron from an umbrella.

She said that the offence contravened Section 221 of the Criminal Laws of Lagos
The plea of the accused was not taken by the court.

He has been remanded at the Ikoyi Prisons pending the receipt of legal advice from the Director of Public Prosecutions (DPPs).