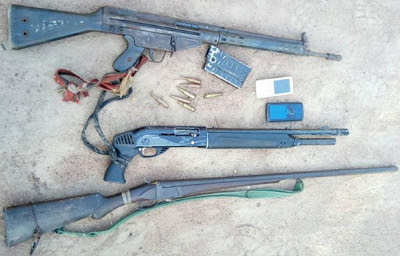 Troops deployed to combat bandits in Taraba state carried out a raid on a suspected  hideouts of criminals at Dogo Ruwa area of the state following a tip off by vigilant residents on Friday the 20th of April .

2 notorious armed robbers arrested during the raid were caught in the possession of G3 rifle, pump action rifle and dane gun. 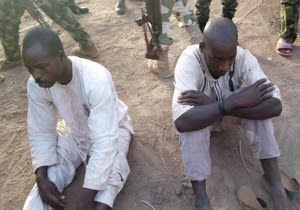 101 Special Forces Battalion troops have handed over the criminals to police for investigation.