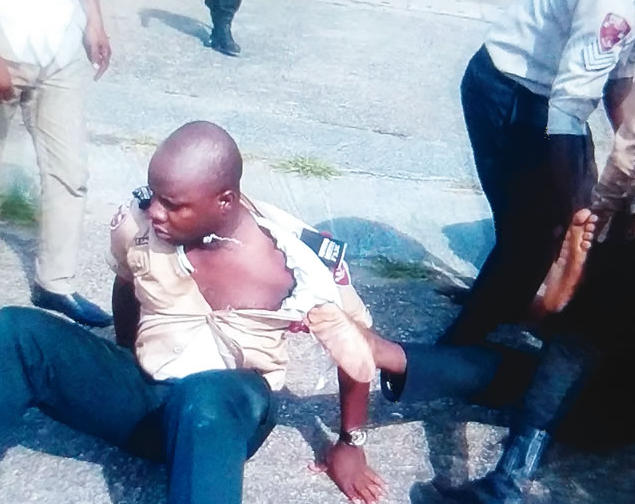 An overzealous driver attached to Cross River Commissioner for Commerce, Calistus Okune was yesterday remanded in the Afokang Prison in Calabar for allegedly beating up two FRSC officials carrying out their official duties.

The suspect was alleged to have acted on orders of his boss, Mr. Peter Egba, after his car was impounded for several offences.

One of the attacked officials had his uniforms torn after thorough beating while the other had a deep cut in his head.