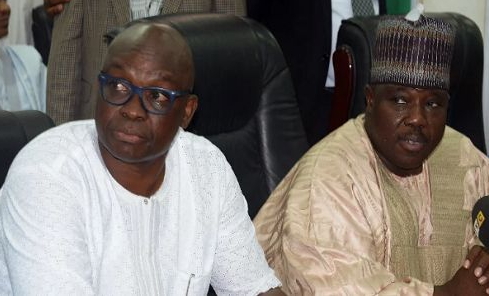 Below is the aftermath of political thugs attack on the secretariat of Ekiti’s State Chapter of PDP faction loyal to Alimodu Sheriff.

The attack was carried out yesterday by thugs who scaled the fence, smashed windows, uproot poles and tore the party flags hoisted on them

The building located in Adebayo area Ado Ekiti was vandalised in the wee hours of Wednesday the 29th of March. 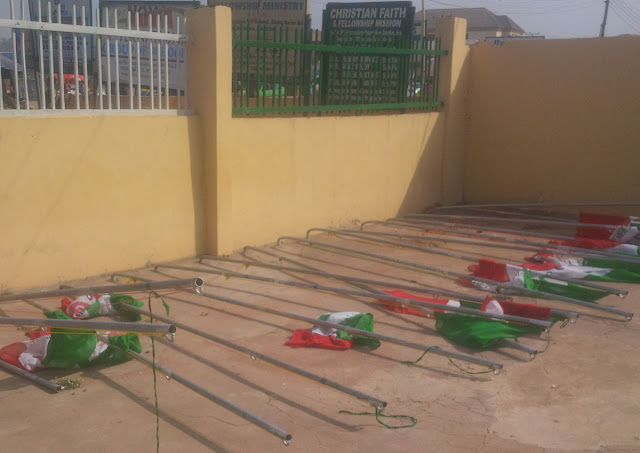 The thugs were believed to have been sent by Gbenga Oguntuase who is loyal to Senator Ahmed Makarfi and backed by Governor Ayo Fayose.