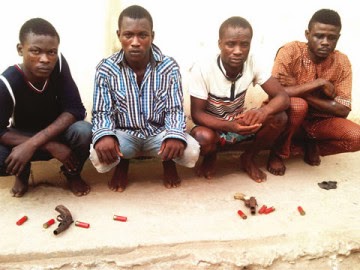 According to the police, 24-year-old Oladimeji Orisan and 4 other robbery suspects had snatched over 30 motorycles and resold them for profit since March 2014.

Other suspects in Police custody are Wasiu Sikiru, Lukman Tiamiyu and Emmanuel Olutade.