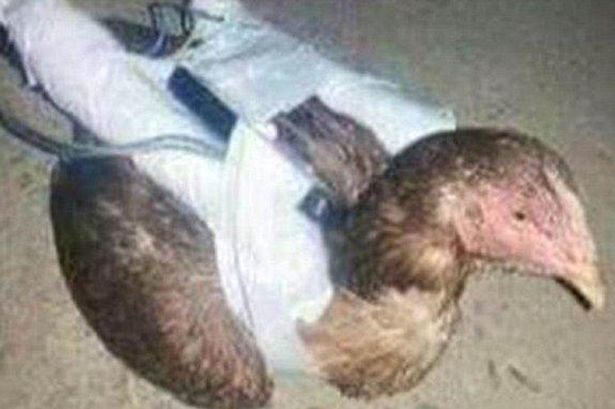 The dreaded Islamic State terrorists have found a new method of eliminating their perceived enemies.

According to Daily Star, the terror group currently running out of ammunition is using other desperate means to unleash their terror.

The chickens with IED strapped to their backs are chased into the enemy territories before ISIS detonates the IED using remote control from a safe distance.

If u see this kind chicken make u for your lives ooo.