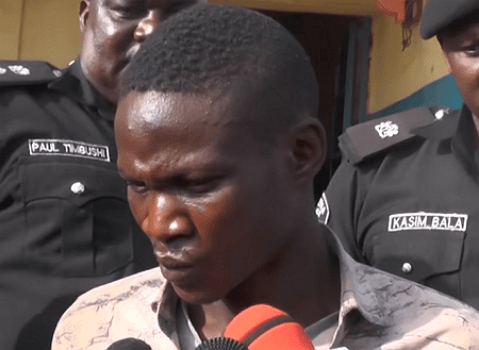 The dad of suspected suicide bomber caught in Winners Chapel Kaduna last Sunday, Samuel Ezekiel, has expressed shock over the act of his son, Nathaniel.

He said the thought that Nathaniel could have killed thousands of worshippers in the service makes his shudder.

He also debunked rumour that Nathaniel is a Muslim.

“No! Not even for a single day has he been a Muslim,” Nathaniel’s father,” Ezekiel, said in his Marabar Demishi village in Kaduna.

The alleged bomber’s true identity has become a controversy in the social media, with some accusing the police of changing his name to deflect anger against Boko Haram or the Muslim community.

Some reports said Samuel had told the Christian leaders who arrested him at the Winners Chapel branch in Kaduna that he was Mohammed Sani, only for the police to parade him as Nathaniel Samuel.

The father, who spoke along with the Kaduna state chairman of the Christian Association of Nigeria (CAN), Reverend Joseph Hayab, revealed Nathaniel was born in 1991 and schooled in the state.

He stated his mother is from Nasarawa state even though she no longer lives with them. 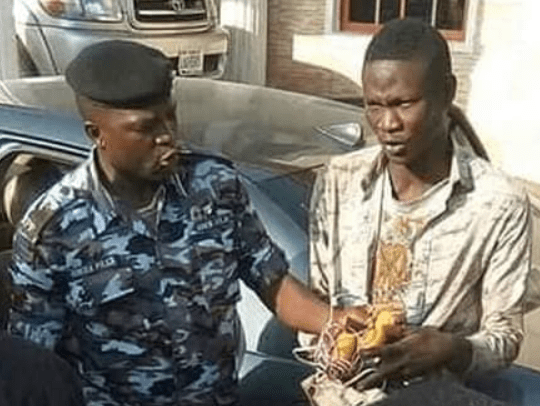 Ezekiel also said he was shocked when he was told that his son carried a bomb into a church because he wondered what would have happened to the lives of people in the church.

“If he was alone, I don’t care but for the lives that are in the church, I begin to wonder. I shed tears,” he said.

Reverend Hayab Joseph said he knew the father of the suspect for many years, noting that it’s just that he didn’t know that Nathaniel was the son of Mr. Ezekiel until he visited the house.

He said CAN is not concerned about Nathaniel’s name or religion but the act of criminality that he would have committed which should be addressed. 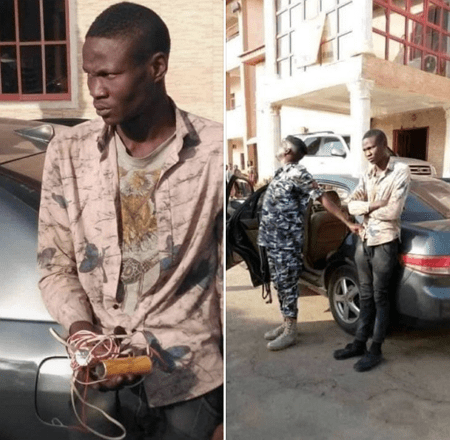 He also expressed disappointment over the failure of the Police to do a thorough check on the suspect’s background, saying that would have saved Nigerians a lot of stress on the identity of the suspect.

“I was in the church service early in the morning for the first service, I went at around past 8, while I was listening to the sermon all of a sudden I had a stomach ache and decided to use the toilet.

“A day before then I went for an event at Sabo where some of us were given fireworks not explosives. I’m not a suicide bomber but a decorator.”