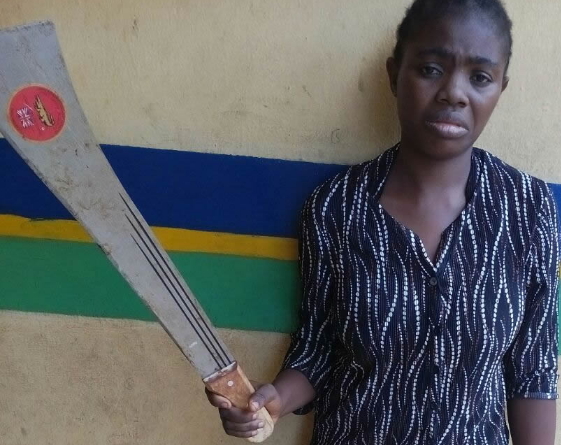 Sept 5, 2016 – Picture: Jealous Wife Who Hacked Husband With Cutlass Over Plan To Marry A 2nd Wife In Ijebu Ode Arrested

Meet Oluwakemi Otun, a jealous housewife who reportedly hacked her husband, Kehinde Otun to coma in Ijebu Ode on Saturday the 3rd of September 2016.

The suspect reportedly bought the machete two weeks ago and hid it in her apartment at Erinlu area of Ijebu Ode after she learnt that her husband was planning to marry another woman.

She was said to have invited Kehinde to her place and after the couple made love, they slept off.

It was while he was sleeping that Oluwakemi inflicted several deep cuts on his chest and other parts of his body. 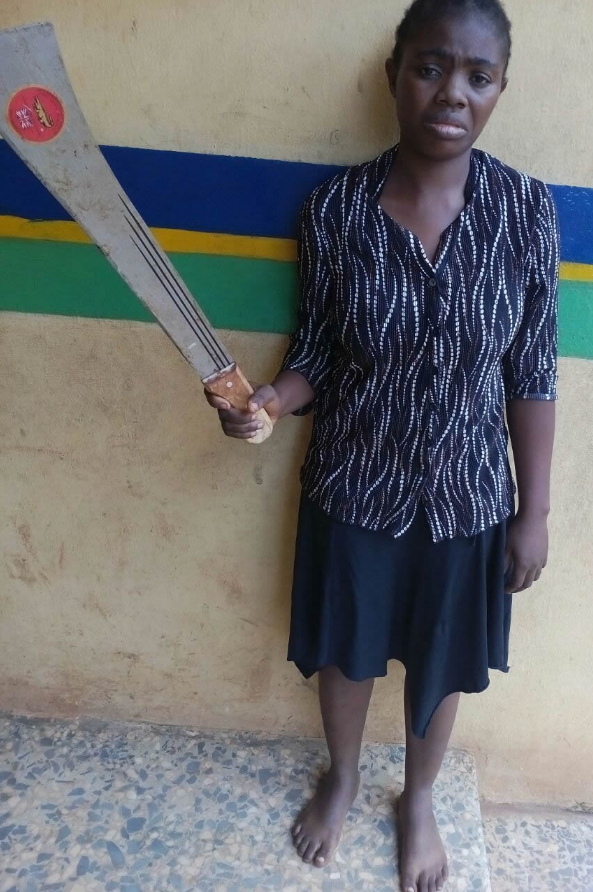 Kemi told Police investigators today that she bought the machete in August for the purpose of killing her husband.