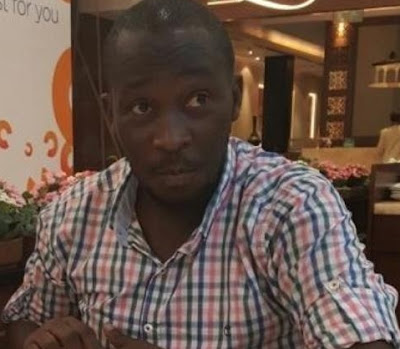 One of the three Boko Haram negotiators declared wanted by the Nigerian army has been nabbed in Abuja.

Ahmed Salkida who has been hiding in far away Dubai since late last year returned home today with an Emergency Travel Document issued to him by the Nigerian embassy in Dubai.

He was picked up by DSS security operatives as he arrived Abuja International Airport via Emirates Flight EK785 today.

Mr Salkida reportedly confessed to a passenger that he received two video clips from Boko Haram but he knows nothing about the whereabouts of Boko Haram leaders or Chibok girls.

He also raised concerns that the military was witch-hunting him after he was wrongly accused of leaking Chief of Army Staff, General Buratai’s properties in Dubai.