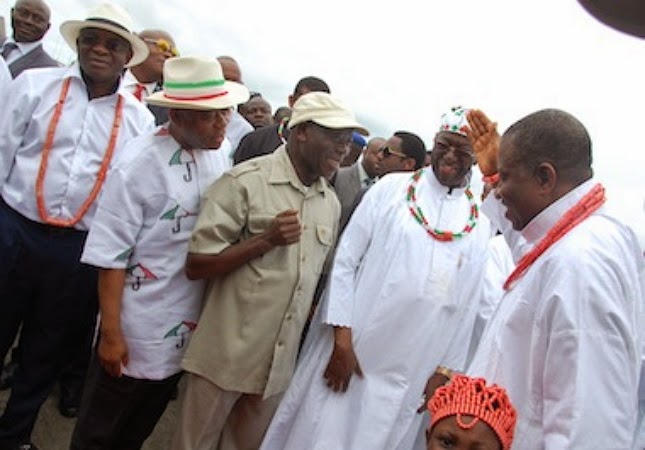 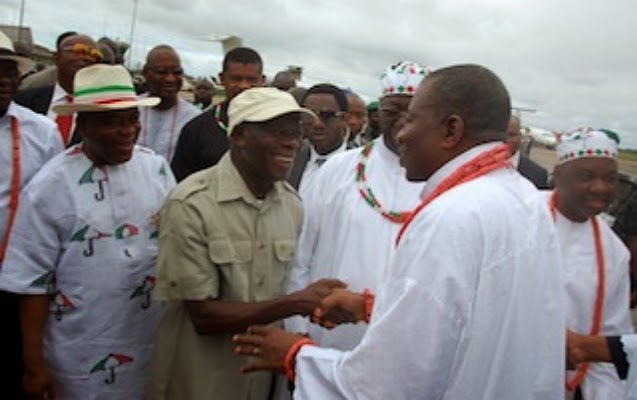 According to NAN, Red Egbeigbe royal attire given to Jonathan today is only meant to be worn by the royal family on special occasion like marriages,etc 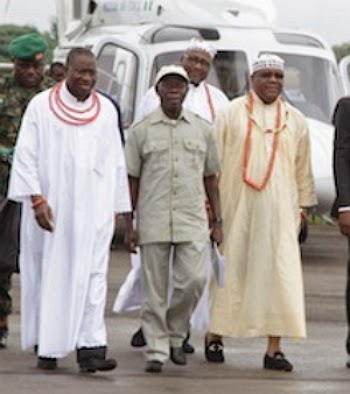 The royal attire was handed to Jonathan at the ailing monarch’s palace in Benin this afternoon as a sign of endorsement.

The monarch said he presented the gift to him because he wants to see a change since President Jonathan is always wearing dark-coloured attires.

Erediauwa congratulated the president for getting his party’s endorsement for 2nd term.