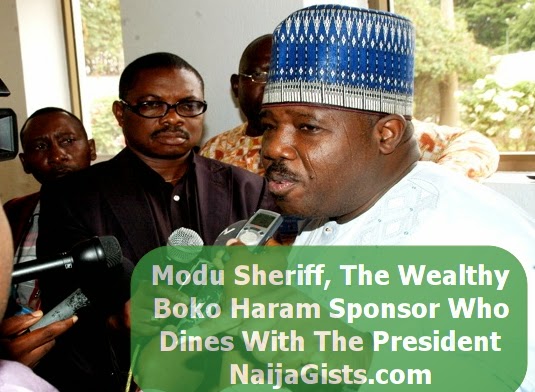 Boko Haram Weapon Supplier In Egypt Is A Nigerian, I Gave SSS His Details – Davis

The Australian negotiator turned whistleblower, Dr. Stephen Davis, has urged members of Nigeria’s Boko Haram to embrace peace, with the death of the man who had posed as Abubakar Shekau for more than a year. The real Shekau, he said was killed in June 2013.

In an interview with Vanguard Online, Davis also elaborated on the financial links between former governor Ali Modu Sheriff of Borno state and the Boko Haram militants. He said Sheriff sponsored many boys to Saudi Arabia, for the lesser Hajj, where they are ‘recruited and reorientated by Boko Haram and sent for training in Mali, and locally in Nigeria.

Nudged further to reveal more links, Davis said: “Funds are provided to purchase weapons. This is sometimes transferred through the Central Bank of Nigeria to a person in Cairo who provides the weapons and also provides military uniforms.

“At other times vehicles are purchased in Benin for example and driven into Nigeria where they are sold for cash. They do not mind taking a loss on the sale price as by this method they can obtain cash in Nigeria without a direct link to the sponsor.”

According to him, the recipient of the terror money in Egypt is a Kanuri man, whose identity is known by DSS. “No, he is Nigerian. He is a Kanuri who has fought with Boko Haram and now associates with a network of jihadists. I have given all his details to the DG-SSS,” he said.

When asked what sort of sponsorship Boko Haram received, he said: “Former governor Sheriff was specifically mentioned many times. Specifically for example, Sheriff was mentioned as sponsoring trips of the boys to the Lesser Hajj. There, the boys are “reorientated”.

“In effect they are recruited to Boko Haram. When they return to Nigeria the recruits are then taken off for further reorientation by which they mean teaching and for training. Some of the training took place in Mali by Tuareg leaders but now more training is conducted locally.”

“At other times vehicles are purchased in Benin for example and driven into Nigeria where they are sold for cash. They do not mind taking a loss on the sale price as by this method they can obtain cash in Nigeria without a direct link to the sponsor.

He then went on to explain the kind of vehicles the Islamist sect purchased. “VW Golf was mentioned as a favourite. They can sell these very easily in Nigeria. They do keep some to use for suicide bombing. Some time ago they told me one sponsor pledged six Hilux vehicles for the suicide bombers”. [Sources: Vanguard, PM News]

This man seems to know more about Boko Haram than an average Nigerian so why is the Federal Government ignoring him???