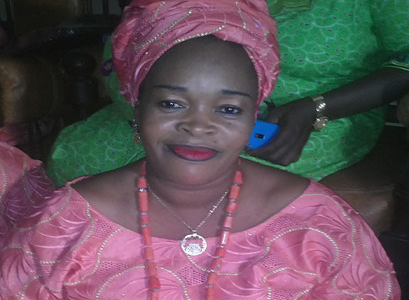 Excerpt from Olori Ganiyat Abosede Oseni interview with DailyPost after doctors released her from the hospital.

You were shot by your husband’s abductors because you fought them. Could you recapture the experience?

The abductors shot me right in front of the palace. I recall that the abductors initially did not recognise Kabiyesi so they were eagerly looking for him. By the time they eventually saw him, he was wearing a pair of boxers. So the abductors dragged him by his boxers but I guided him by coming in between them. That was when they shot into the roof of the living room. The gunshot got us all scared and we temporarily relinquished our hold on him. As they continued to drag him almost naked, I now ran outside the palace and panicked thinking I would see some Good Samaritans that would come to our rescue.

To my surprise, the outside was very calm. Those selling provisions even left their goods and ran away. One of my senior wives who also had triplets had joined me (in chasing the abductors).

Meanwhile we were looking for the gateman but it did not occur to us that he had been shot dead. So I started running upfront and that was when I felt the impact of the gunshot. The bullet pierced into my right tummy and I slumped. In my half consciousness, I opened my eyes and saw myself in a poll of blood. So my senior wife that I talked about then was calling me to get up; that was when I managed to tell her that I’d been shot. When she heard that, she ran inside the palace. That moment, I could not hear anybody again.

That was when I started moaning and calling for help but I could not hear anybody until some commercial motorcyclists saw me and carried me to a private hospital nearby. I was still bleeding profusely when I got there, but shortly after I realise that faeces was coming out from my anus. When the doctor arrived, he told them he could not treat me that I should be taken to Igando General Hospital and from there we went to the Lagos State University Teaching Hospital (LASUTH).

Continue Reading
You may also like...
Related Topics:kidnappers, nigerian queen