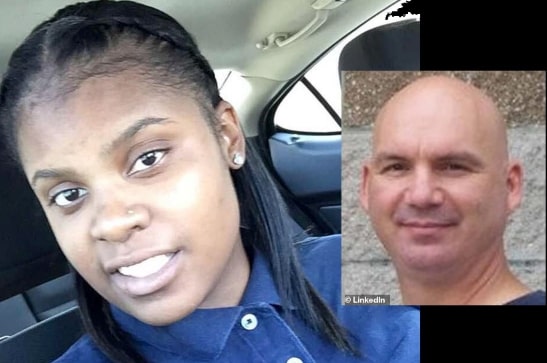 The alleged Detroit racist cop who was recently caught on camera mocking a black woman he pulled over has been fired.

Veteran cop Gary Steele reportedly pulled over 23-year-old Ariel Moore in Detroit and impounded her car for driving with an expired license plate tag during the last polar vortex that plagued the United States.

Steele and his colleague offered Moore a ride but she refused and decided to walk home in the freezing cold weather.

Not only did Steele record her walking home in the painful weather, but he reportedly used a Snapchat “filter” to caption the footage “Celebrating Black History Month” and “What Black Magic Looks Like.”

In addition to that, one of the officers inside the car says the young woman is doing the “walk of shame” before Steele signs off with “bye Felicia.”

The video footage which went viral on the social media was reported to Detroit Police Department on the 30th of January.

He was fired on Wednesday by Detroit Chief James Craig who said:

“When these kinds of things happen it does tend to erode the trust.”

The second officer who participated in the gross misconduct has been suspended without pay. His hearing will hold next week.

Racism and lack of professionalism and compassion has cost him his job. #yeyecop