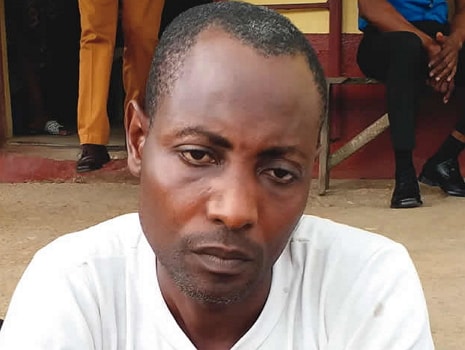 See The Face Of The  Cruel Man Who Sets Helpless Girl, Niece Ablaze For Pooping In Neighbour’s House In Calabar

Pictured here is Leo Columbus, 37 who confessed yesterday that he set his 3-year-old niece on fire because she pooped in a neigbhour’s  house in Akamkpa LGA of Calabar.

He said he carried out the evil act because anger got the best of him. 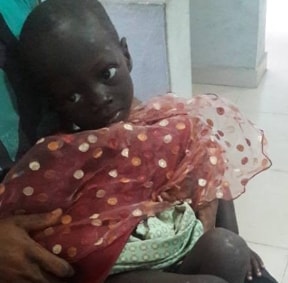 “People had been complaining until that fateful day. It was not on purpose. Someone reported to me that she had defecated in their place. With the annoyance that she soiled someone’s pumpkin and waterleaf, I beat her up and burn her.”

“When I saw that she was burnt, I said ‘look at what you have caused me’. I regretted my action. I applied JV and bought drugs for her. I did not plan to kill her. She is my brother’s daughter. I did it out of annoyance. It was anger that made me to do it.”

“I can’t lock her inside. I always told her to stay in the house and, even if she wanted to visit the toilet, she should do it in the house. But she still went out and defecated in the neighbour’s houses.”

Mr Columbus is currently cooling off in police custody.