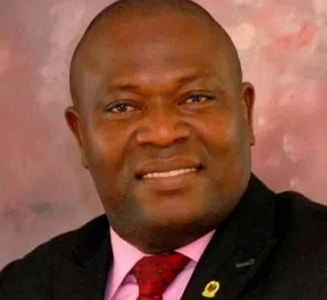 Did a supervisor with Chrisland Schools in Lekki, Lagos, Adegboyega Adenekan, accused of defiling a 35-month-old pupil, lie about his relationship with the girl? Yes, says a report of the polygraph test conducted on him by an expert, Mr Falola Adebayo.

A polygraph machine is used to determine whether a person is deceptive or lying.

Justice Sybil Nwaka of the Ikeja Domestic Violence and Sexual Offences Court will on October 10 rule on the admissibility of the report.

Adenekan’s counsel Olatunde Adejuyigbe (SAN) objected to the admissibility of the report when the prosecutor, Babajide Boye, sought to tender it in evidence.

Justice Nwaka gave the lawyers up till August 13 to file their written submissions on the report.

Adebayo, who claimed to have over 15 years experience in polygraphy examination, said the report of Adenekan’s test showed that he scored -9, indicating that he was deceptive and was not telling the truth about the alleged defilement of the girl referred to as Child X.

Led in evidence by Boye, Adebayo, a retired Nigerian Army Intelligence and Forensic expert, who was trained at the American Institute of Polygraph Examination, said the united accuracy of a polygraph test was 99.9 per cent, adding that the remaining “.01 per cent is just a give-away”.

Adebayo said 10 questions, including relevant and non-relevant ones, were set for Adenekan.

Before the test was conducted, Adenekan, he said, filled a consent form, adding that two other teachers from the school, and the child’s mother also filled the form for the same purpose.

“The defendant sat down and said he was prepared to undergo the test as he needed to exonerate himself. He was asked if he is suffering from hypertension, diabetics and he said ‘No’.

“I made him touch all the equipment we use and explained their functions to him, including the one that measures breathing, blood pressure, the two fingers to be clipped and I asked him if any of them shocked him and he said ‘No’.”

He said the test would not have been conducted on Adenekan if the subject was hypertensive or diabetic.

When Boye sought to tender the report through the witness, who identified it as the document he signed, Adejuyigbe objected.

The report, Adejuyigbe argued, did not conform with the provisions of the Evidence Act, describing it as an opinion produced by a machine.

He said the use of polygraph test was not supported by any law in Nigeria, warning that Nigeria should not open its door to opinions generated from a machine.

“We urge the court to reject the polygraph report especially since the defendant has not put his character on the line for examination and because opinion formed by a machine can be manipulated”, he argued.

But Boye insisted that the report is admissible because it is relevant to the case.

The defendant, he said, was not compelled to undergo the test.

“He consented to the examination and even filled the consent form.”

The report, the prosecutor said, did not adjudge the defendant but would assist the court to reach a decision on the matter. [NAN]