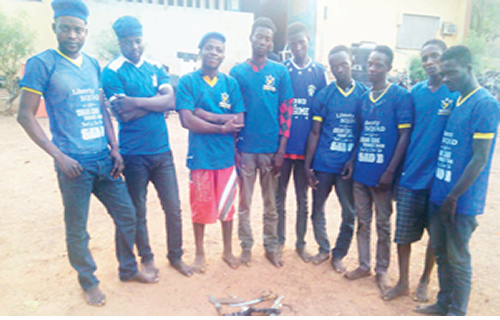 Ogun Police command has released the photo of 10 cultists nabbed at Papalanto and Ewekoro area of the state on Christmas day.

The suspects were arrested while initiating new members into the Eiye Confraternity group.

Some of them are even smiling to the camera. Una don enter soup.