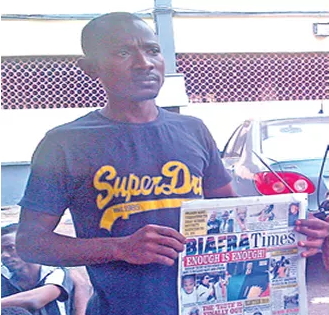 The publisher of Biafra Times Magazine, Mr Peter Eke was arrested recently for allegedly posting articles capable of causing war in the country.

30-year-old Eke a graduate of Oko Poly in Anambra was caught alongside 9 of his workers in Shomolu over the weekend.

In his confessional statement, Eke told police he is doing it to make money and not to cause chaos in the country.