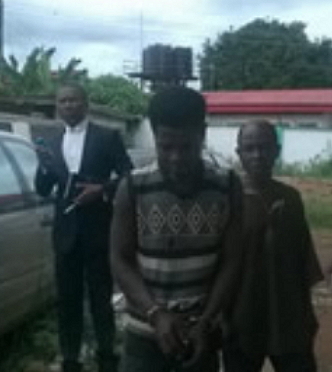 25-year-old Ogobuchi Ogonna was remanded in prison custody yesterday in connection with the murder of his step-brother, 3-year-old Wisdom Ogbonna Amagu.

The suspect allegedly tied a stone to his step-brother’s waist and threw him into a stream in Igbeagu area of Izzi LGA of Ebonyi state on the 9th of September where he drowned.

He was arraigned yesterday on 1-count charge of unlawful cause of death by an Abakaliki Magistrate Court.

Ogbobuchi Ogonna reportedly confessed to his father before the elderly man called police to arrest him.

He led police detectives to the stream where his step brother drowned but the corpse of deceased could not be retrieved.