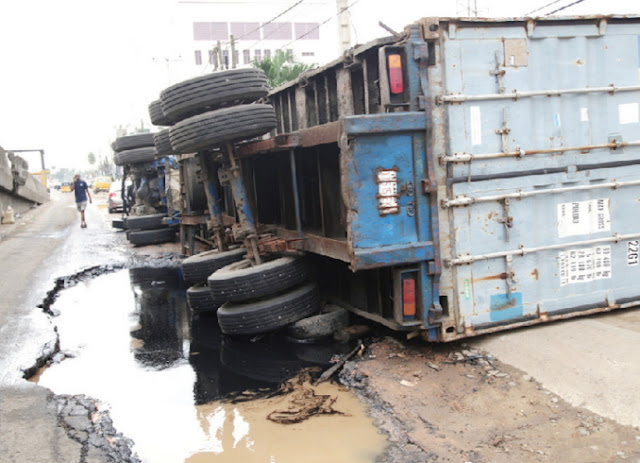 Tears flow freely on Monday at Akpabuyo Road in Calabar, the capital city of Cross River state when a trailer carrying a heavy container fell on a mother of three simply identified as Eka Rebecca.

The popular traditional drug seller, resident of No 7 Eso Street, Edim Otop area of Calabar was said to have decided to trek some distance to allow the motorcyclist taking her to shop to manoeuvre the bad portion of the road leading to her shop but sadly she fell down.

While trying to get herself back up, a trailer heading to the United Cement factory attempting to avoid a pot hole fell and crushed her. She died on the spot.

“They just called me and I went to the place only to see my wife lying in a pool of her own blood. We did not bargain for it but what can I do now?”
“When somebody called me to inform me that she has been killed on her way to see me”.