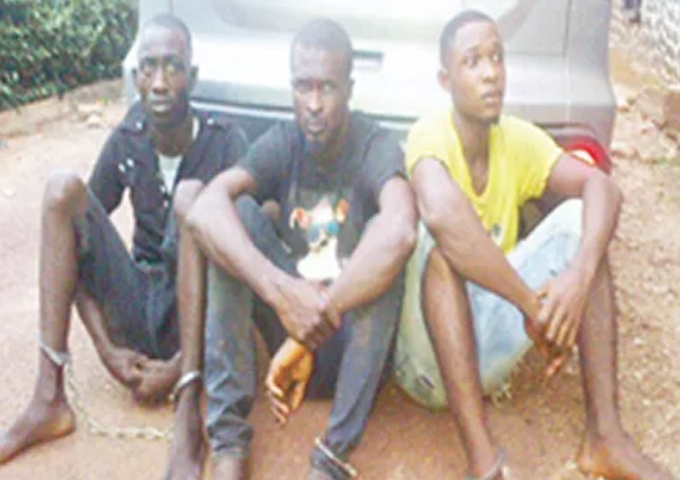 The suspects identified as 25-year-old Ogbonaya Onyekachi, Chibuzo Nwanko and Uba Friday were arrested in Uturu town following a tip off.

The leader of the 3-man kidnap gang, Onyekachi was caught while trying to flee from the den located in a bush on the outskirt of Uturu town.

The victims have been rescued while the 3 kidnappers are currently cooling off in police detention.

The trio who claimed to have graduated from Abia State University Uturu blamed unemployment for their desperate acts.