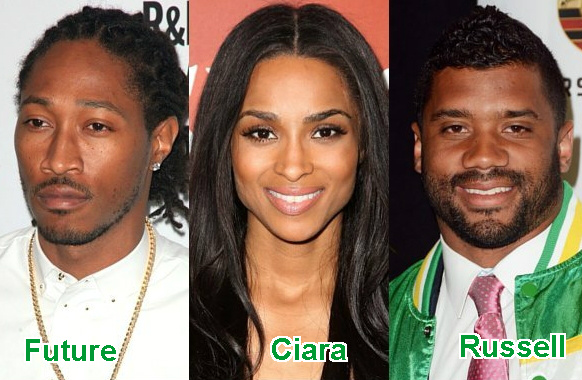 Former lovers  Ciara and Future can’t seem to easily bury the hatchet and move on with their respective lives, as the duo keep engaging each other in bitter lawsuit battles.

Apparently, Ciara thinks her new beau, NFL quarterback Russell Wilson is not safe from a possible attack from Future… Well, that is according to the rapper’s post and song lyrics.

Future didn’t make a good case for himself as he had previously posted football emojis with guns pointing in their direction, before going on to rap on his recently released song, ‘Juice’: ‘Tryna f**k my baby mama, dog what’s up with you? You gon’ make me get that heat, I’m pulling up on you.’

Well, that seemed enough to get Ciara scared for the life of her husband Russell.

TMZ reports that Ciara has now filed legal documents in her defamation lawsuit against her baby daddy, calling his conduct ‘frightening’ and ‘socially irresponsible … where there has been a recent rash of gun violence.’