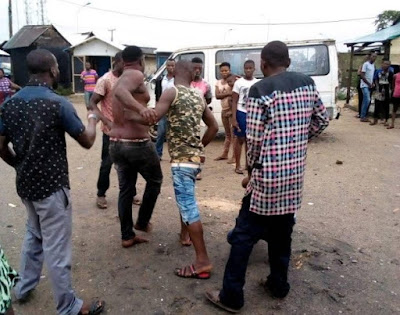 Two siblings today took their family matter to the streets of Sapele in Delta state when a disagreement over a family land resulted in a physical battle which led to one stabbing the other on the neck before their neighbours intervened to prevent further harm or possible death.

One of the brothers, who used a broken bottle to stab the other in the neck has been arrested by the police. He is a popular panel beater in Sapele while the other (senior one) currently receiving treatment in the hospital is a bus driver. 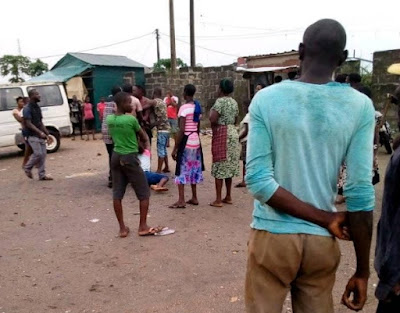 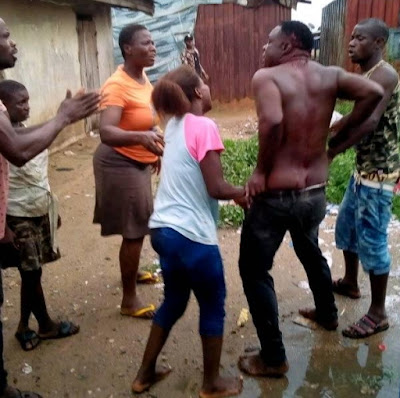