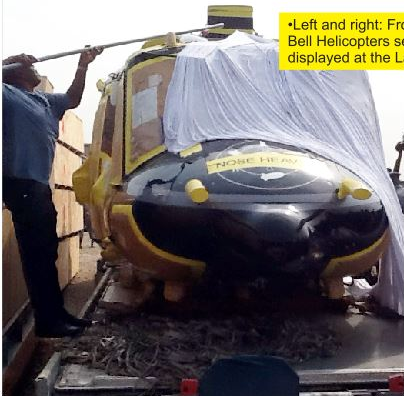 The MMIA Command of the Nigerian Customs Service (NCS) has seized two civil models Bell Helicopters brought into the country by unknown importers.

The Service immediately handed over the helicopters to the Nigerian Air Force for use in the fight against insurgency.

The NCS accused the importers of the said items of failure to produce the end user certificate from the office of the National Security Adviser ( NSA), thus contravening Section 36 (2) of the Customs and Excise Management Act. 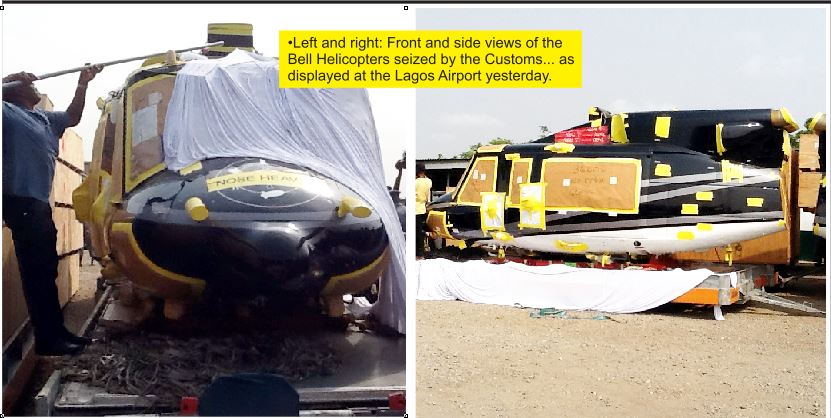 Addressing newsmen at the command’s office at the Lagos Airport yesterday, the Customs Area Controller, Frank Allanah, said the duty value of the two helicopters and other accessories was about N9,757,135,240.86.

He said the helicopters were flown into the country as a consignment with Airway Bill Number 17232444403 through the Murtala Muhammed International Airport.

The choppers, he said, were detained at the Skyways Aviation Handling Company Limited (SAHCOL) shed, pending the fulfilment of all the legal requirements for the importation. 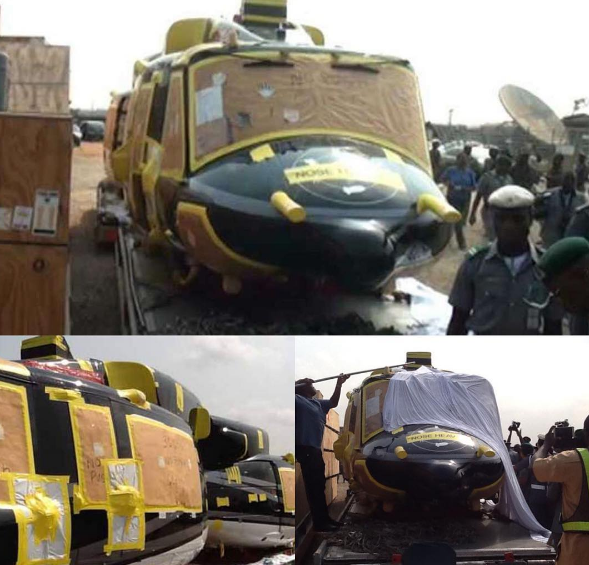 He said upon examination, the consignment was found to contain two civil models 412 EP of serial numbers 36608 and 36606 Bell Helicopters respectively in standard configuration and 23 packages said to contain their accessories weighing 11,075 kilogrammes.

Ugo said: “The unknown importer could not produce end user certificate from the office of the National Security Adviser (NSA); an act which contravenes section 36 sub section 2 of the Customs and Excise Management Act (CEMA) laws of the federation of Nigeria 2004.

“Consequently, seizure was effected on November 7, 2016 in line with section 46 of CEMA.”

Giving further insight into the seized choppers, he said all legal issues were considered before the Customs Authorities carried out the exercise.