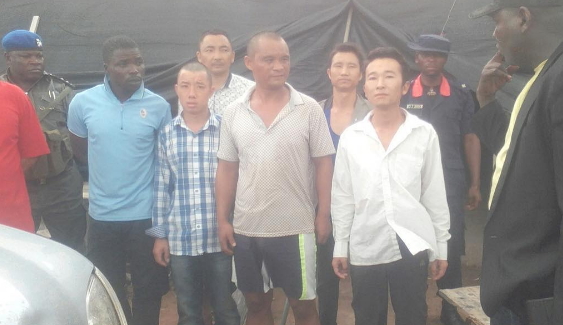 Fayemi made the accusation while addressing security operatives in Kampani Zurak village in the state where 20 illegal miners, including eight Chinese citizens, were paraded on the order of the National Security Adviser, Ali Monguno. .

According to him, the security operatives are to blame because they help shield such illegal miners which he described as economic saboteurs.

“It is sad that security operatives are giving them (illegal miners) security cover. If not, why do people guard this site.

“These miners are illegal. Government did not give them permission to do this, they are economic saboteurs.

“This cannot happen anywhere else in the world and we will not allow it anywhere in Nigeria.

“The government would sanction any traditional ruler found to have connived with the miners to exploit the community. “We do not want these miners,” Mr. Fayemi told the security agents.

Continue Reading
You may also like...
Related Topics:chinese, gold, miners