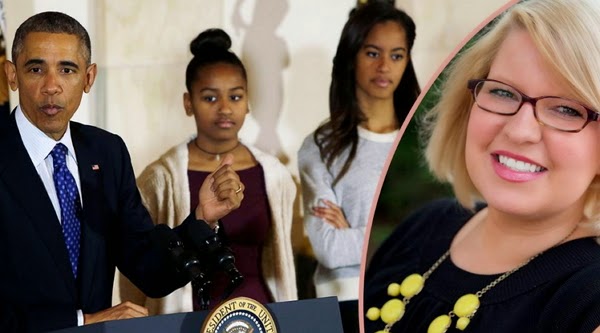 Elizabeth Lauten, the communication director of Stephen Fincher, US Representative for Tennessee’s 8th congressional district has tendered her apology following some hate comments she posted on President Obama’s daughters pictures on Facebook. 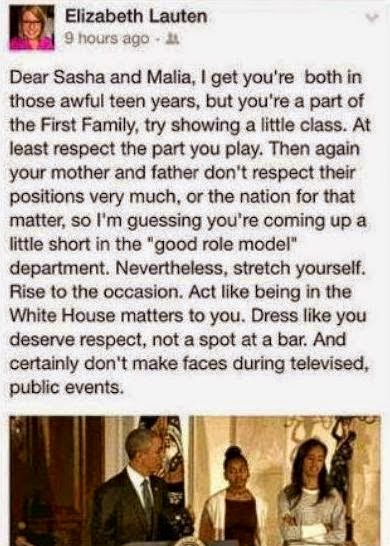 Days after she made the hurtful comment, many citizens have started calling out for her sack.

Afraid of losing her job, she quickly took to Facebook to apologize. 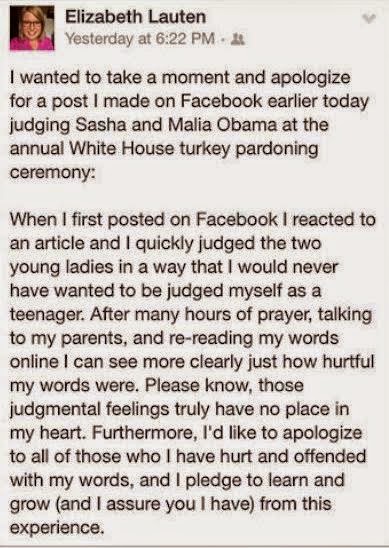 Check out Malia and Sasha’s dressing on Thursday… What is wrong in being simple??? 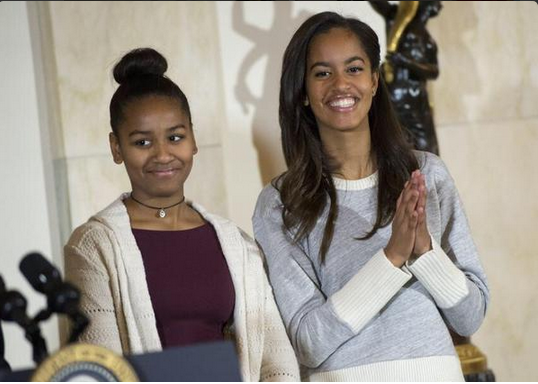 If they were her daughters would she have made such hurtful comment in the first place?

No idea why some people just like to habour hatred in their hearts…. a mother for that matter #shameful