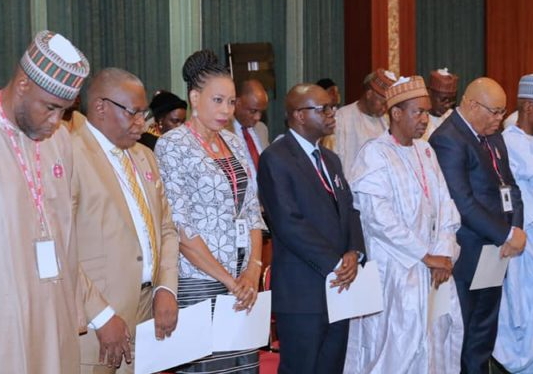 PMB today swore in the remaining 7 Permanent Secretaries out of the 22 he appointed in the first quarter of the year.

President Muhamadu Buhari who didn’t deliver any inauguration address proceeded to the Federal Executive Council meeting immediately after the signing of the inauguration register. 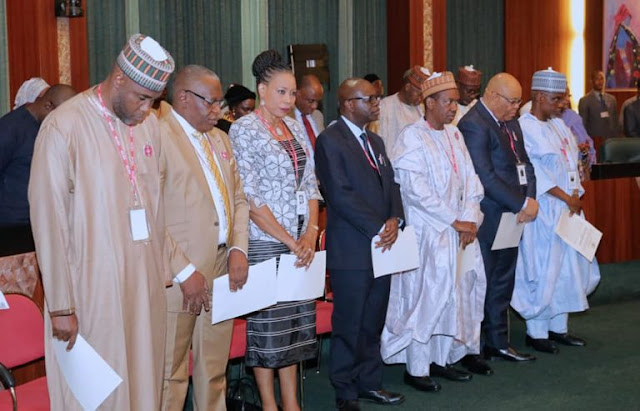 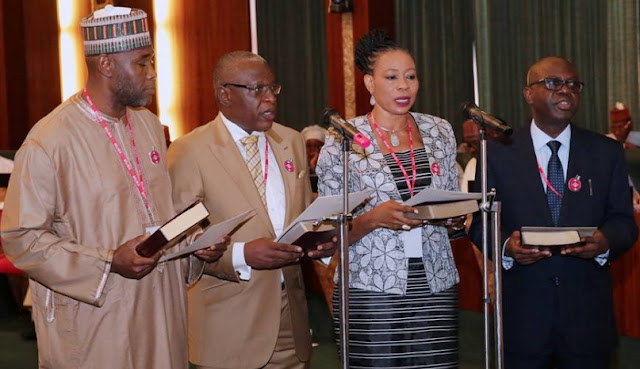 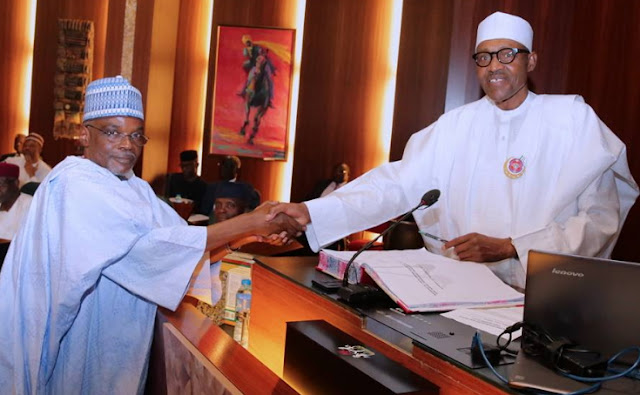 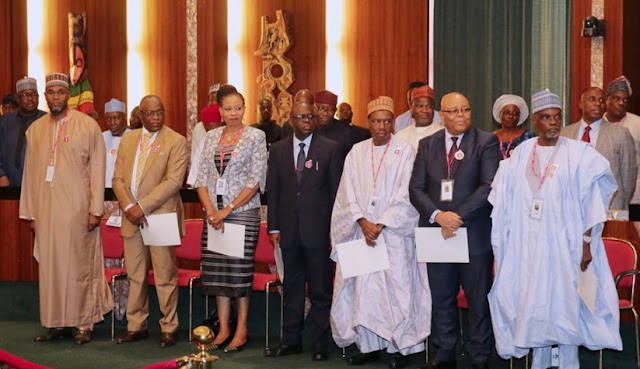 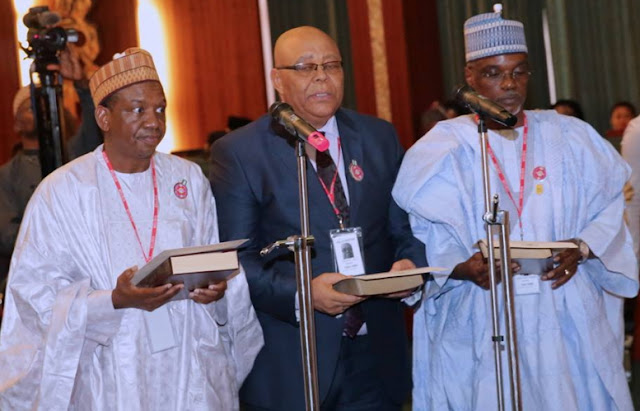 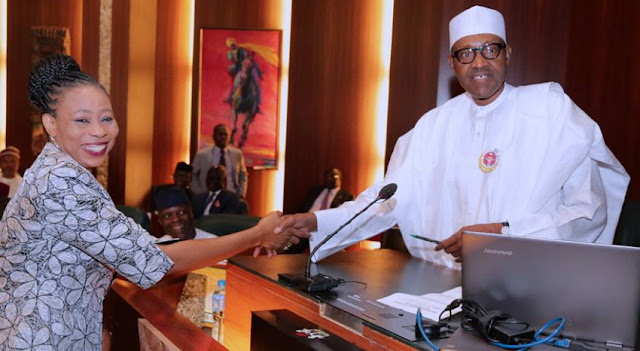 The first batch of 15 permanent Secretaries were sworn into office back in August.