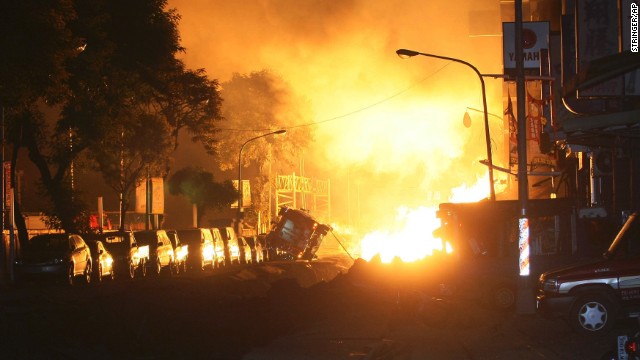 At least 8 people died yesterday after a cylinder exploded at the Lamingo Plateau Water Board Treatment Plant in Jos, the capital city of Plateau state.

Over 100 were rendered unconscious as a result of chemical leakage from a cylinder explosion at the Water Treatment facility.

Information gathered re­vealed that the leakage which occurred early Saturday morning affected persons liv­ing close to the plant. Most of them were discovered by other neighbours who raised alarm, attracting other persons and security personnel who began moving the victims to the nearby hospitals; including the Plateau Specialists Hospi­tal. Some were revived while eight who were seriously affected were confirmed dead.