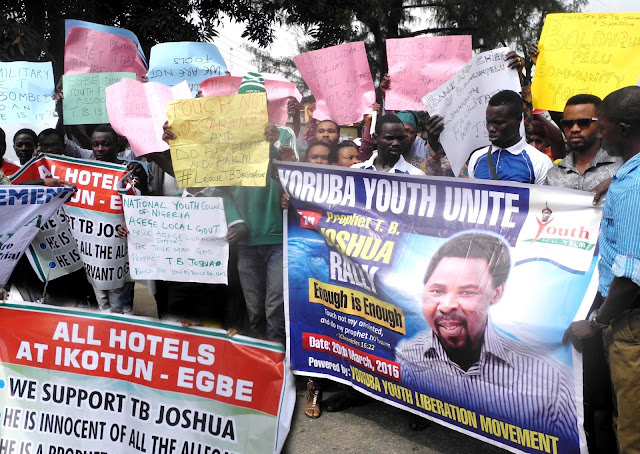 Fans of controversial Prophet Temitope Balogun Fatai Joshua today took placards with different wordings to protest the court decision to charge their prophet over the building collapse that killed over 150 miracle seekers at his church last year. 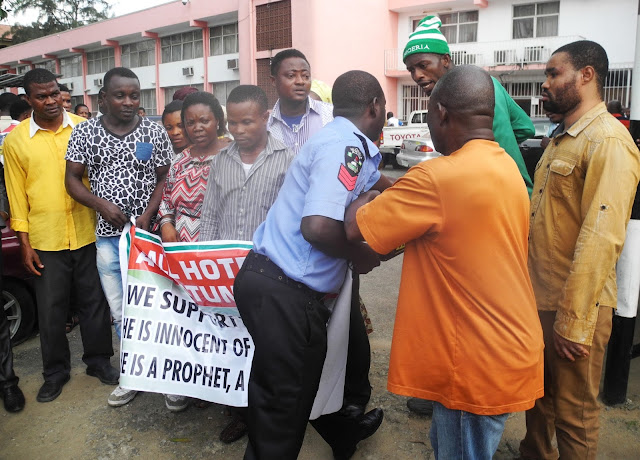 A Policeman was seen struggling with Fatai Balogun’s supporters during the proceedings of Coroner inquest into the fatal collapse of SCOAN church.

These photos were taken outside the Ikeja High Court in Lagos today.

Touch not my anointed???? #eyes rolling