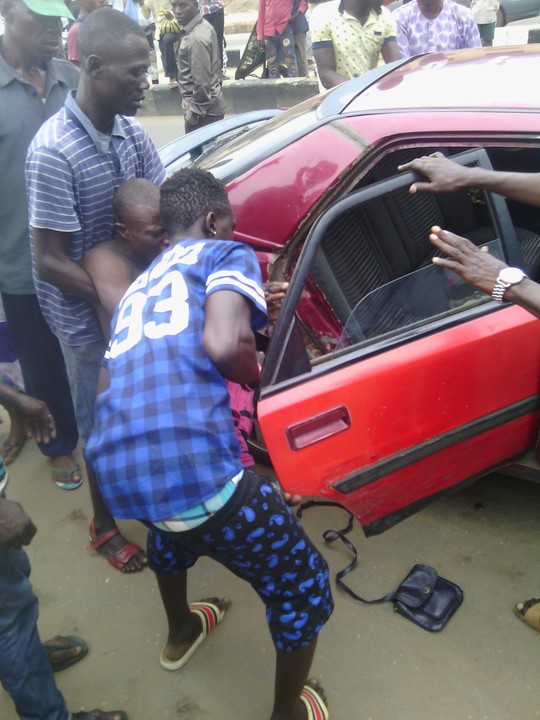 A bus conductor lost his mind yesterday at a bus stop in Ikorodu area of Lagos.

The unidentifed man was earlier spotted calling on passengers going to his destinations in a calm manner.

All of a sudden, he started calling strange destination names that caught the attention of everyone.

Before they could caution him, he was already stripping himself.

Fellow conductors quickly alerted some thugs in the area to bundle him up. 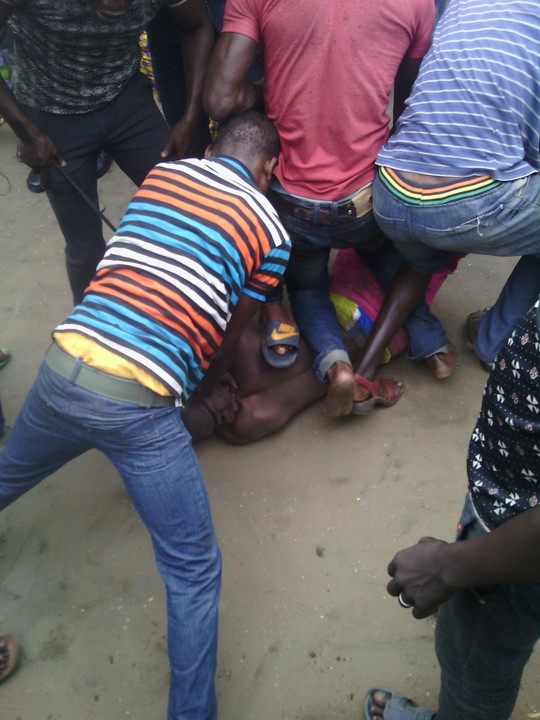 The driver of the vehicle told onlookers that the conductor did the same thing back in June.