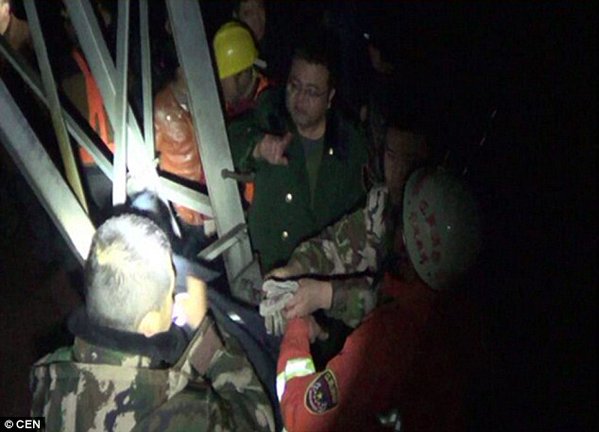 January 22, 2016 – Pictures: Drama As Chinese Man Attempts Suicide Because Wife Refused To Give Him A Second Child

A 33-year-old Chinese man caused a mild drama last week in China in protest against his wife’s refusal to give him another child.

The depressed father of one spent 16 hours on a 130-foot-tall transmission tower threatening to take his own life because his wife of many years only gave him a boy.

After 16 hours on the tower, Zhang Guiping eventually came down and walked away unharmed. 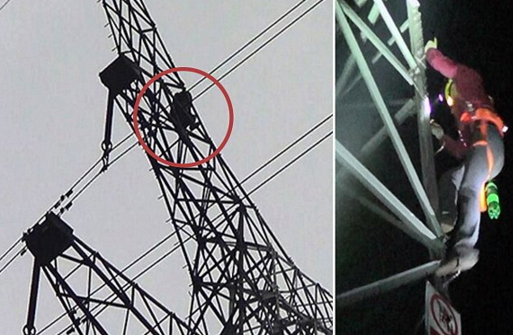 Police investigation revealed that he was jealous of the fact his neighbours had more than one child, but his wife would not commit to giving him another child.

Given his mental state, Zhang was sent to the Hengfeng Psychiatric Hospital for treatment.