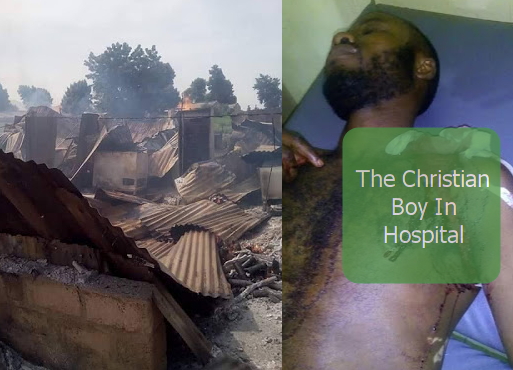 A Muslim man who graduated from Abdu Gusau Polytechnic in Zamfara has come after some Hausa youths who allegedly attacked a Yoruba man from Kwara state in Zamfara for his compassionate act of sparing the life of a Christian boy accused of blasphemy. If you missed the previous story, read it here

Hear what the source identified as Sadiq Yussuf said:

That was were I schooled and I know the man who is trying to rescue the christian boy.

I’m a practical Muslim as well but our religion understanding is very different.

The man called Tajudeen popularly known as a baba bello run a food business along side his wife and children. The man isn’t the violence type and he his a Yoruba man from offa in Kwara state.

I think he was trying to stop those Hausas from killing the Christian boy that was why they later bounced back at him for supporting the guy. They burned down all the man has worked for in just a blink of an eye all in the name of religion.

God will never forgive the Hausa boys involved in the act of burning down and killing of the innocent souls….

Islam is a religion of peace but some of our scholars with different interpretation bringing this issue of not seeing ourselves as one are evil.

To me I’m a free Muslim I don’t discriminate anybody all I believe is that only God can tell who belong to heaven and hell.

See more photos from the scene of the attack 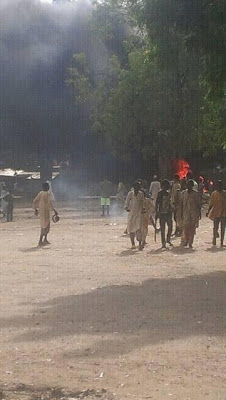 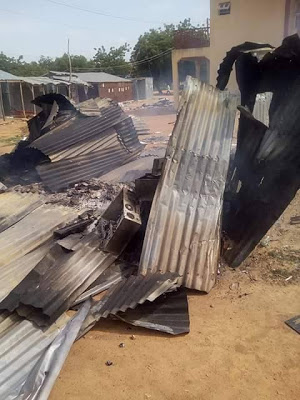 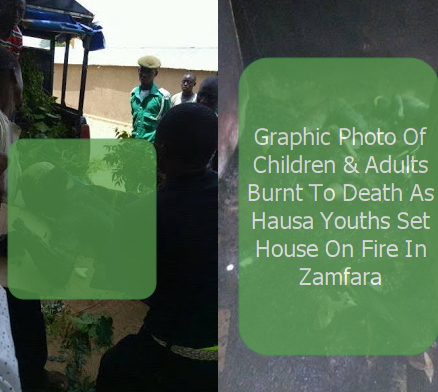 Journalists Warned To Stay Away As John Kerry Visits Buhari In Aso Rock Today
Photos: World’s Most Unlucky Couple Have Legs Amputated Days To Wedding Due To Infection