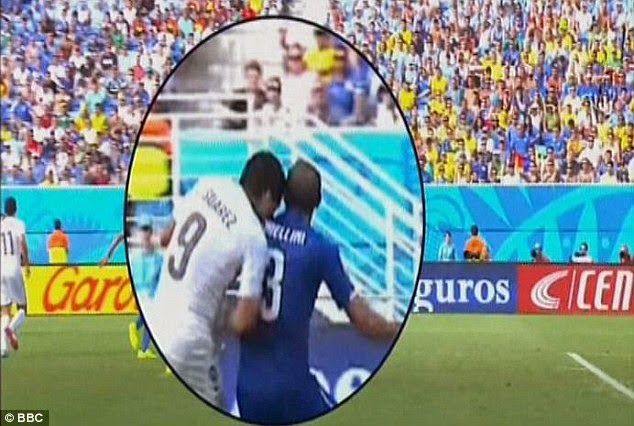 For the third time within four years, Luis Suarez has apparently bite an opponent’s shoulder in the ongoing World cup in Brazil.

Suarez bite Italy defender, Giorgio Chiellini ‘s shoulder and immediately after the clash,  Chiellini pulled his shirt down to protest the bite, showing the referee the alleged bite mark on his shoulder but no action was taken by the official. Instead, Suarez, 27, went to ground holding his mouth, apparently suggesting he had been elbowed.

He is now facing a possible 2 years or 24 matches ban.

Check out more photos from the incident 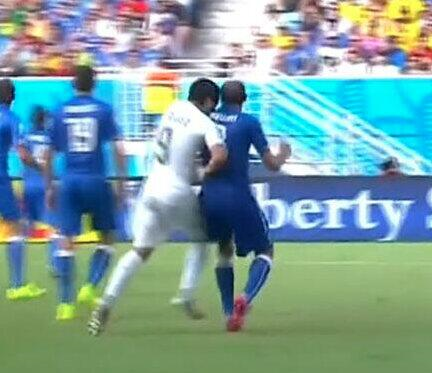 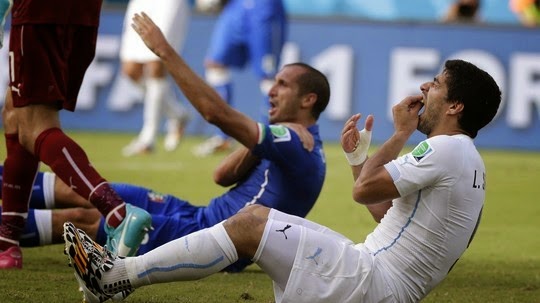 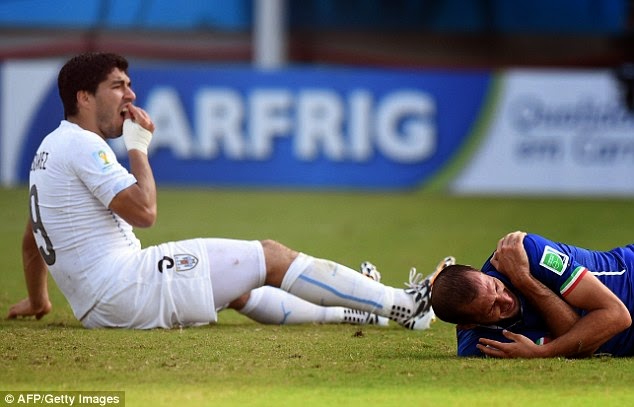 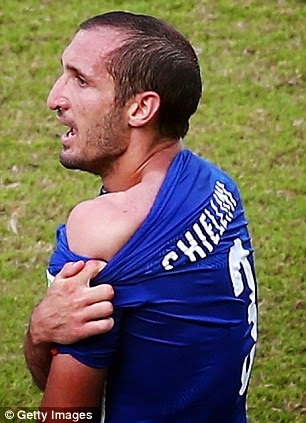 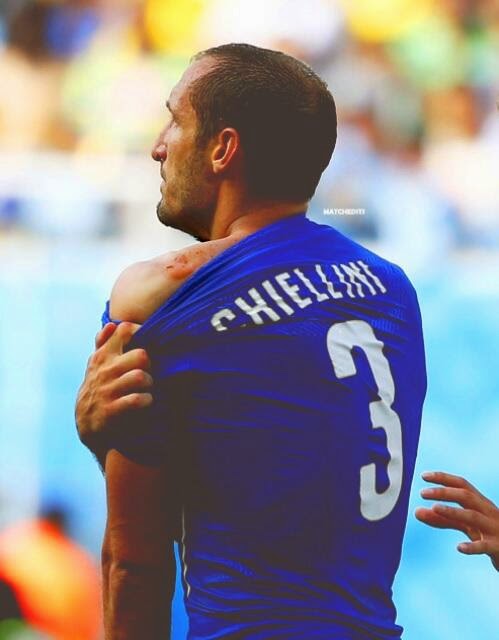 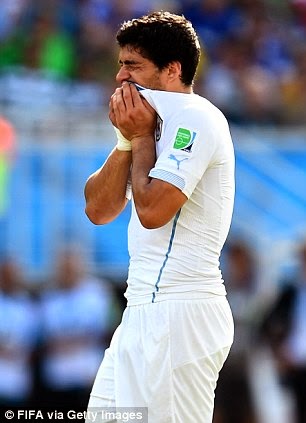 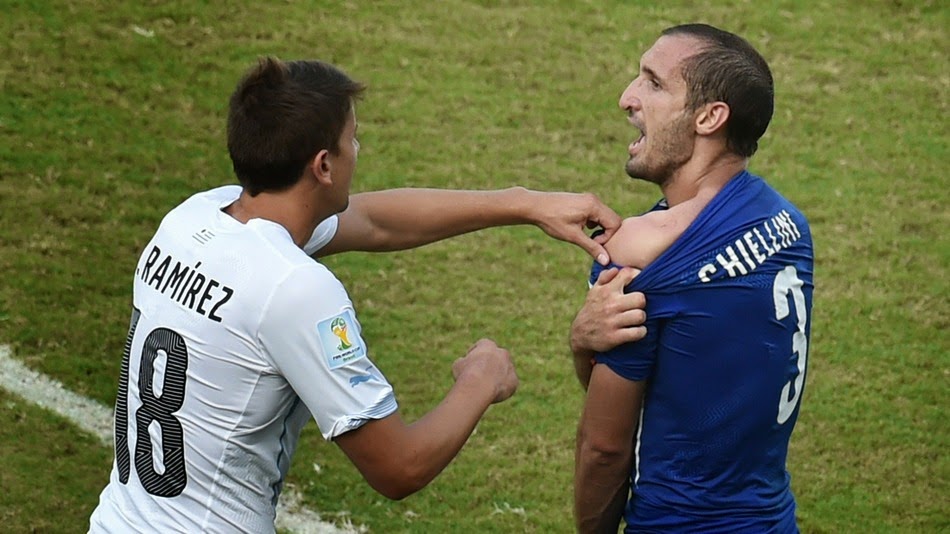 This Suarez is funny sha….. must it be only him.