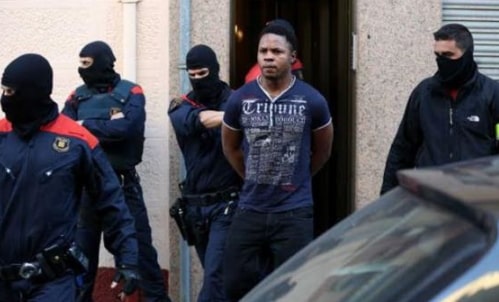 New investigation has been revealed how Nigerian women are trafficked to Italy by criminal gangs for prostitution. The UN migration agency estimates that about 80 percent of Nigerian women who arrive in Italy are destined for sexual exploitation.

Most are brought to Europe by Nigerian crime fraternities which are always looking for new ways of making money.

It’s a well-established system: In fact, there are criminal networks which stretch all the way from Africa — towns like Benin City in Nigeria — to Italy, Spain, the UK, Austria and Germany, via Libya and Niger. Each group along the route takes its cut. Not all of them are directly linked, but they are all getting rich from selling humans into the sex trade.

The traffickers tend to be part of, or linked to, highly organized Nigerian crime fraternities that have existed since the 1960s. They rely on secret and often violent initiation rituals, sometimes reportedly even rape and murder, to bind their members to the clan. Nigerian newspapers report children as young as ten being initiated into some fraternities.

Some of the gangs have turned to the very lucrative practices of organized crime — trafficking drugs, arms and people. Two of the biggest are the Confraternity of the Supreme Eiye, also known as “The Airlords”. According to Italian police, both these groups have been behind huge operations within the country and were raided several times over the course of 2018 in both Sicily and Sardinia.

“Before you leave [Nigeria] they take hairs from your intimate parts, hairs from your head and bits of your fingernails. Then you have to swear you will pay back a debt,” explains a young woman named Patience, speaking on Italian TV in 2016. “A European might say they want to help us but they can’t understand that we are not scared of something physical, it is a spiritual thing. Only we understand that. Even if you are Christian, you know that ‘Juju’ [Voodoo] exists and it works.”

Patience bows her head. She was keen to work, she says, just not as a prostitute. But she pretty quickly understood when they told her that she owed a debt of 35,000 euros. “To get money quickly I worked day and night,” Patience whispers.

Noemi tells a similar story on the TV program Ballaró. “We come around 9 pm and we leave at around 2 or 3 [am]” says one Nigerian girl dressed in a G-string and tiny top working by the side of the road in Italy. Another confides that the woman who recruited her was “Italian” in a so called “hotspot” center, but the men who brought her from Sicily to Verona were “Nigerian”. Noemi says she was scared, partly because of the Juju ritual and partly because “people hit me, stole my money. One day, an Italian [client] arrived and pointed a gun at my head.”

Drug Abuse Increases As NAFDAC Withdraws From Entry Ports Into Nigeria
In Niger State, Deadly Thugs Kill Man For Reporting Them To Police