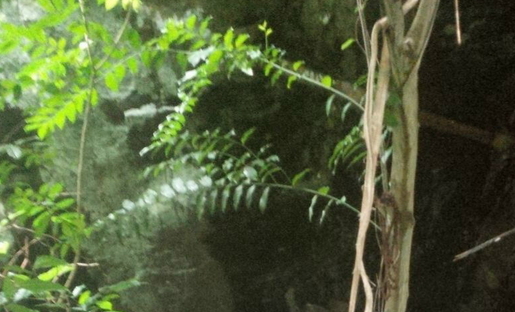 A farmer based in Ero town, Ifedore LGA of Ondo state took his life on Tuesday under a mysterious circumstance.

The man identified as Damilola Ibitokun popularly called Seven Feet due to his height was spotted by passers-by on his way to the farm shouting that he’s going to kill himself.

He reportedly held a rope in one hand and a sharp knife on the other hand.

He threatened to stab anyone who tried to stop him.

When all efforts to dissuade him failed, the man then succeeded in hanging himself.

His wife Muibat Ibitokun said her husband of many years has been sleeping in a church for a while now due to spiritual problem.

But on Tuesday he told his wife he’s going to sleep at home. He later came back to the church at midnight shouting and banging on the door. He then asked for the identity of the man trying to fight his wife.

“But I told him nobody was fighting me. He went back home. But some minutes later, some of our neighbours called me that my husband was shouting and running around that he was going to commit suicide and that nobody should stop him.” – the wife of the deceased said

See photos from the scene of the suicide below. VIEWERS DISCRETION IS HIGHLY ADVISED. 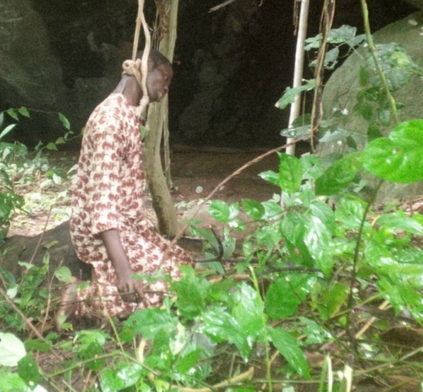 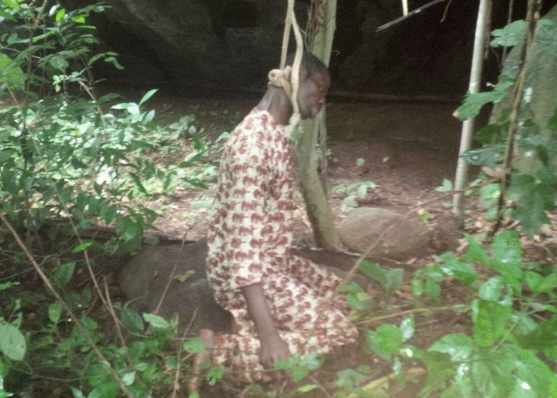 It is obvious the man has an underlying mental health problem.