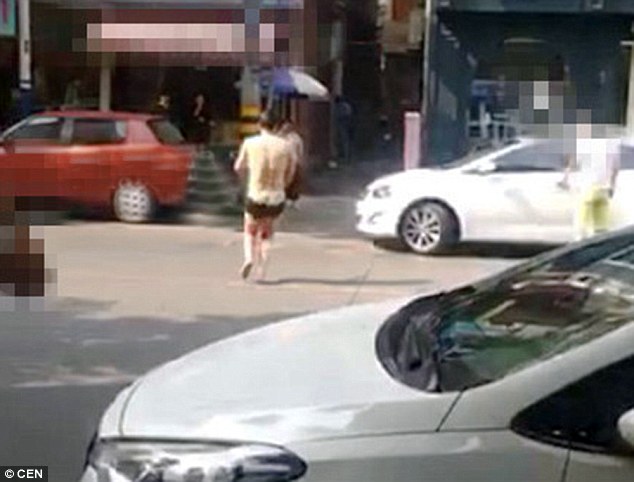 The man seen running across the street in the photo above was brutally attacked by his unsecured girlfriend inside a hotel in Hangzhou, Eastern China.

The 50-year-old victim simply identified as Liu said he met Zhang at a local hotel about 10 years ago and the two became friends.

On day of the attack, Zhang who is married with a child offered him a sleeping pill before using a pair of scissors to chop off his manhood.

Liu fell into a heavy sleep and was woken up by intense pain.When he looked down, part of his penis had gone. He believed that Zhang was obsessed with him and became incensed when she started feeling insecure.

Liu said he confessed to her that he had met a new lady which triggered her insecurity.

The victim ran across the streets and called a taxi which took him to the hospital. 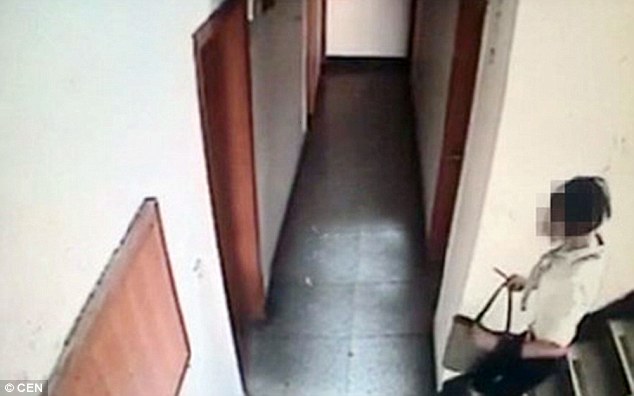 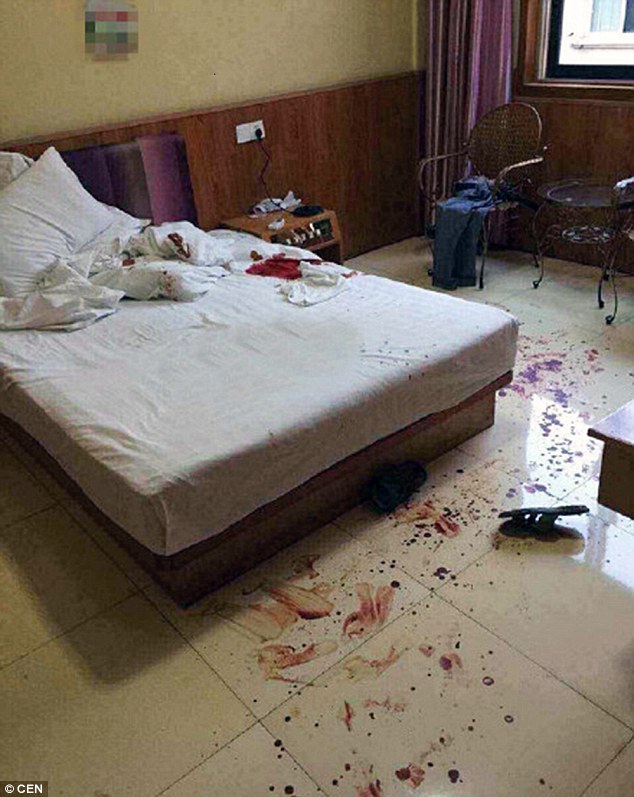