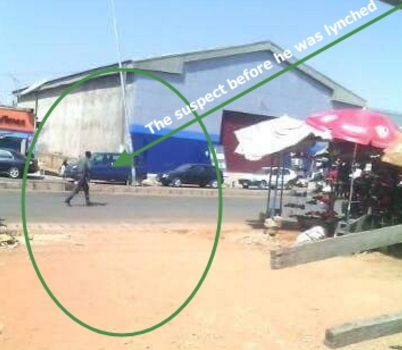 A trigger happy mopol was today lynched by an irate mob after he allegedly killed his colleague at a branch of Zenith Bank in Zaria.

According to eyewitnesses, the suspect Corporal Mathew Joshua reportedly opened fire on his colleague, Sergeant Aliyu Kamilu following a disagreement over monthly allowance being given to them by Zenith Bank. 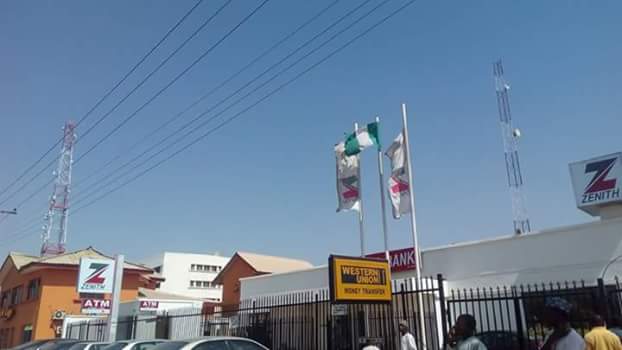 In the process, Kamilu died. After killing Kamilu, Joshua started shouting and shooting sporadically as he stormed out of the bank. 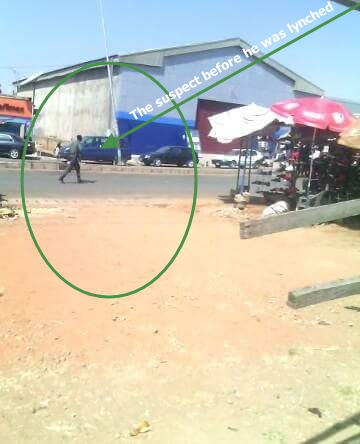 Corporal Joshua ended up killing a University student before a team of mobile policemen dispatched to the area shot him on the leg. 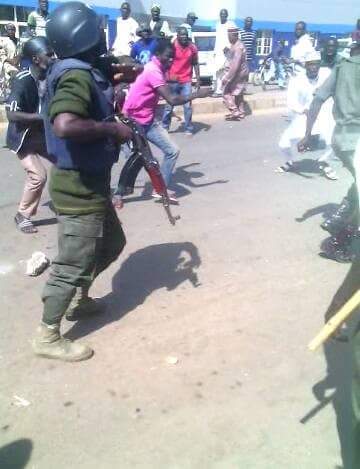 An irate mob quickly descended on him and stoned him to death. 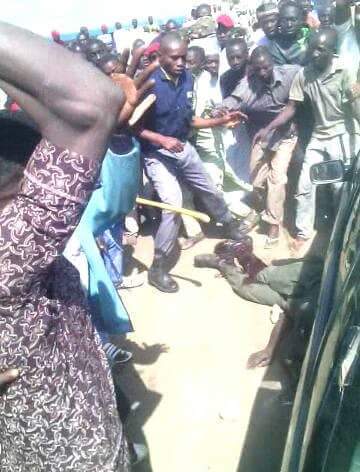 The corpses of Joshua, Kamilu and the University student had been taken to Ahmadu Bello University Teaching Hospital mortuary in Shika, Zaria.