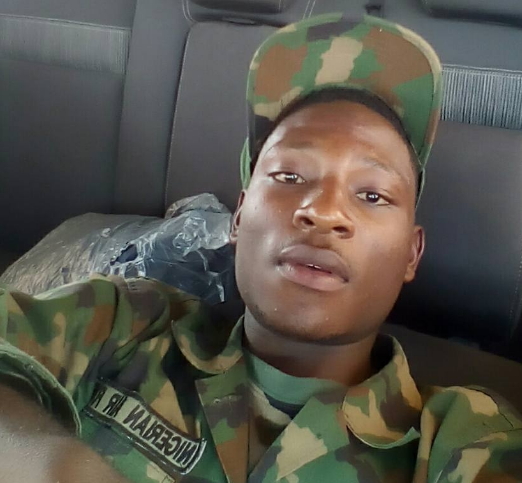 March 13, 2017 – Pictures: NAF, Nigerian Airforce Officer Who Murdered Girlfriend For Cheating On Him In Makurdi Benue State Has Been Arrested

Meet Oladipupo Sholape, a beautiful lady murdered by her Air Force Officer boyfriend in Makurdi Benue state over the weekend. 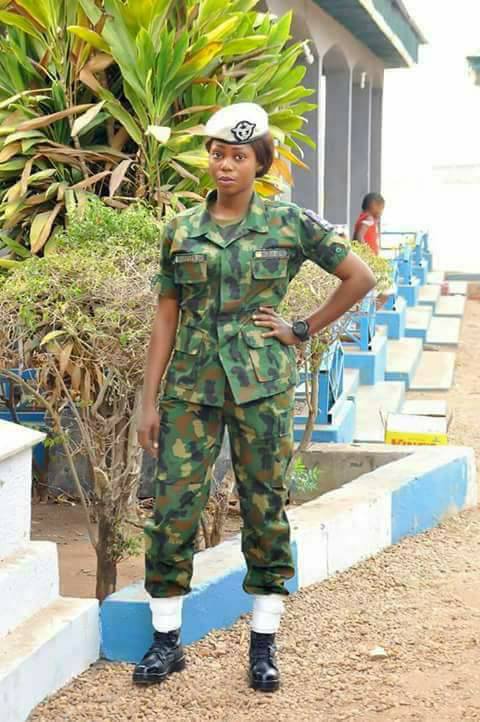 Sholape popularly called Shomzy Shomzy worked as a waitress for sometimes in Badagry before joining the Nigerian Air force in 2016.

According to a friend on Facebook, her boyfriend, one Lt. Kalu opened fire on her on Saturday after accusing her of cheating on him. 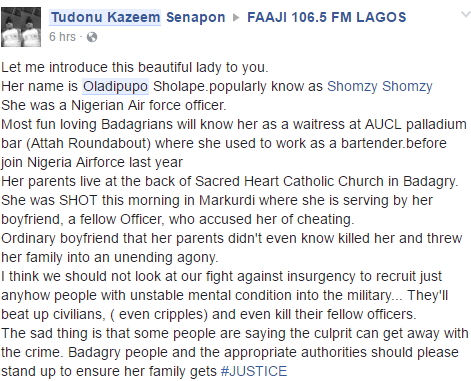 Kalu, an officer at the Nigerian Air force Tactical Air Command Centre in Makurdi met the deceased at a parade late last year.

He reportedly opened fire on her on Saturday after accusing her of seeing other air force men behind his back. 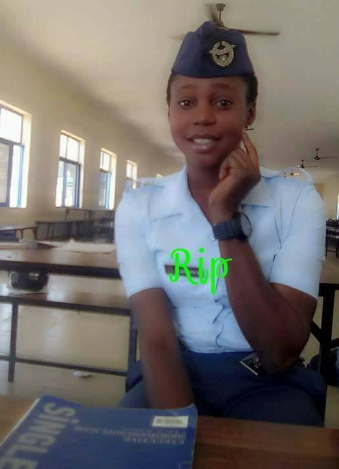 In order to cover up his act, he threatened suicide on Facebook but the Nigerian Air Force confirmed yesterday that the young NAF officer has been arrested. He is currently in military detention in Benue State 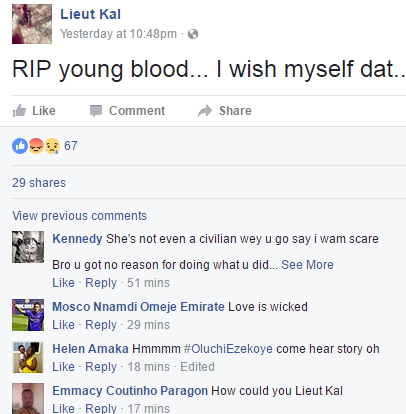 Here is what the NAF spokesperson Ayodele Famuyiwa,said about the suspect

Here is the body of the deceased while she was being taken to the mortuary. 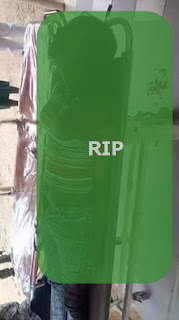