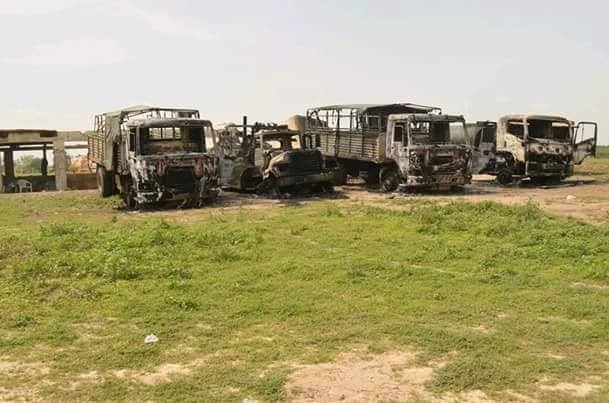 The Nigerian Army has denied reports that Boko Haram took over a military base in Yobe state.

In a press statement released  today, the Nigerian army stated that the report is untrue.

“The attention of the Nigerian Army has been drawn to a publication on the front page of Daily Trust Newspaper of Monday, 16 July 2018 titled “BOKO HARAM OVERRUN MILITARY BASE IN YOBE, SOLDIERS MISSING”.

In the said story, the report stated inter alia, that “over six hundred soldiers are still missing after suspected Boko Haram militants overran a military base in Yobe state”.

The Nigerian Army wishes to state categorically that the report is not only untrue but capable of misleading members of the general public.

The write-up further alleged that about 100 of the troops that disappeared from the base in Jilli after the clash have reported in Geidam town but very few of them had their weapons with them.

Contrary to the report, the Army wishes to state that, although the base was attacked by suspected Boko Haram insurgents, troops reorganised and successfully repelled the attack and normalcy has since returned to the area. Also, all the troops in the base were accounted for contrary to the report.

Consequently, the Nigerian Army wishes to state that the fight against Boko Haram Terrorists in the North Eastern parts of the country is yielding positive result that lead to the return of some Internally Displaced Persons (IDPs) back to their ancestral homes.”

See photos from the attacked military base below 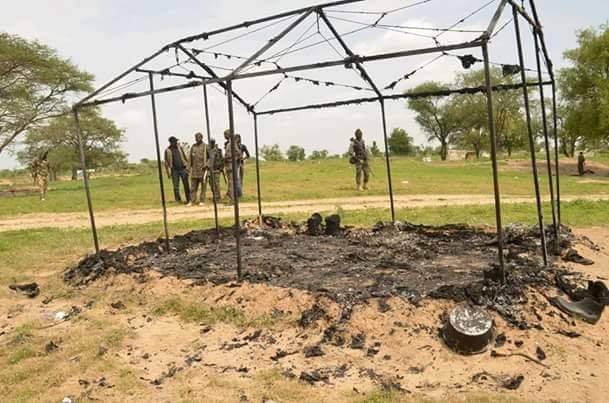 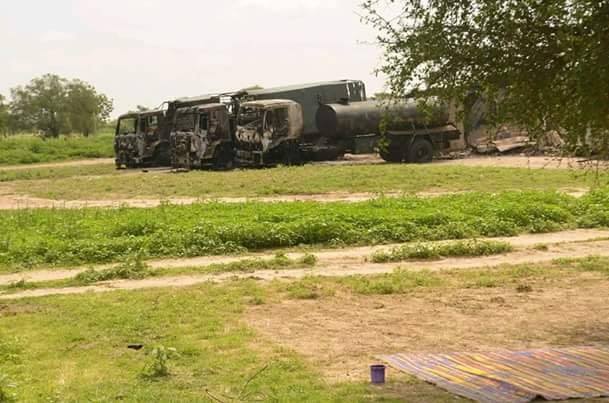 Continue Reading
You may also like...
Related Topics:attack, base, military, yobe state