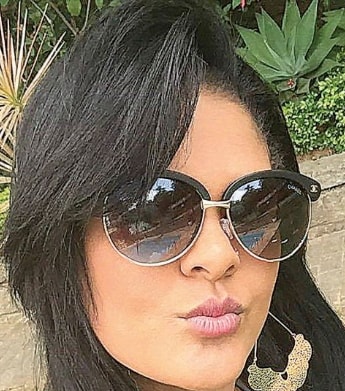 A young Brazilian woman has died after cocaine capsule she was smuggling burst inside her stomach before reaching her target location.

28-year-old Deyse Ricarte was smuggling 71g of cocaine from Brazil to Portugal when one of them suddenly burst.

According to police, the smuggler who has an 11 year old son sent a video message to a friend from her hotel room in Lisbon Portugal after she started to feel unwell.

In the footage that has since gone viral, Ricarte said:

‘Do you think my face is swollen or is it normal?’.‘I think I’m going to die, my friend. Oh Lord, help me. My friend talk to my mum and tell her I love her and my dad. I’m not going to make it. God help me.’

She then managed to send a photo of the hotel business card to her friend to raise an alarm.

Before dying, she spoke to her boyfriend for up to an hour before she slumped.

She was later found dead in her hotel room hours later.

Police believed she smuggled the drug for a £2,350 reward.

Photos: Nigerian Military Base Attacked By Boko Haram In Yobe
The Aftermath Of Katsina Heavy Rainfall: 38 Killed, 200 Houses Destroyed By Flood As Rivers Overflow Their Banks