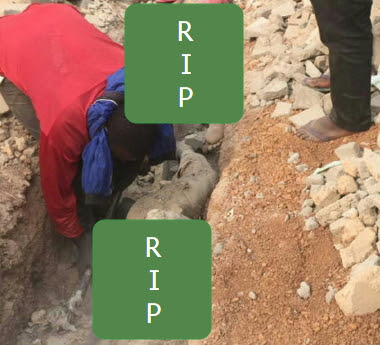 The identities of some of the victims of a mass murder carried out by some suspected ritualists in Enugu State last Monday have been revealed.

On Monday, the decomposing bodies of 3 tricycle operators  Samaila Abdullahi, Babangida Sale and Shaibu Dauda and two others were spotted on the foundation of a building in Ugwuaji village.

Abdullahi was last seen around 6:30pm at Garriki, Enugu, where he had dropped passengers he picked from New Artisan Market to Garriki.

Sale was last seen around 10pm at a joint where he drank tea after which he also picked some passengers who were suspected to have killed him.

Dauda, was last seen at the Enugu Central Mosque, Owerri Road, where he observed the evening prayer (Magrib) with other faithful. After the prayer, he left the mosque to go and pick passengers around 7pm.

On how they discovered the bodies of the deceased, the Chief Imam said:

On Monday afternoon, one of the tricycle operators from the community who was taking passengers from New Artisan to Garriki, saw the net of Dauda’s tricycle at Ugwuaji’s flyover.

He stopped, picked it up and went back to the community to show the members of the community who later informed the police at Ogui Police Station and a search party went to the area.

Alhaji said said while searching the area he saw human skeletons and decomposing bodies in the bush which suggested that killing of innocent citizens must have been going on for some time in the area before the present case.

Here are their photos 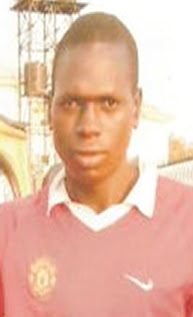