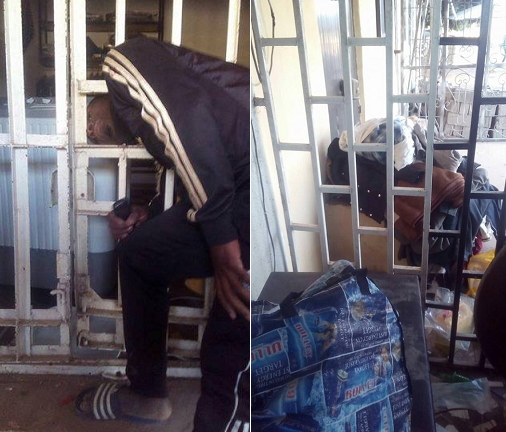 Pictured above is an unidentified thief who reportedly broke into a shop in Jos, Plateau state last night.

He successfully entered the shop through the roof but while leaving, he decided to use the burglar-proof gate. 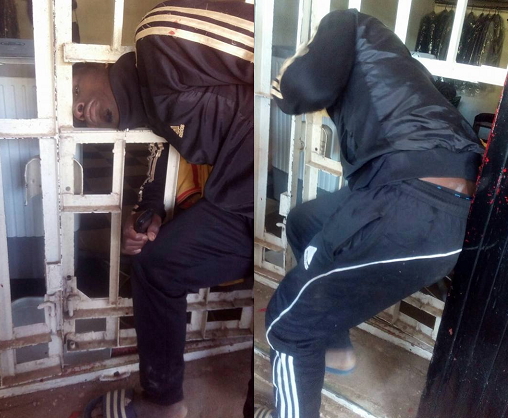 His ‘dumbness’ reportedly got stuck on the gate till the morning.

When the owner of the shop arrived, she was shocked to see what her burglar-proof gate did to the thief.

Welders were called in to free the man before he was taken to a police station in the area.

Everyday  for the thief one day for the owner…GBAM!