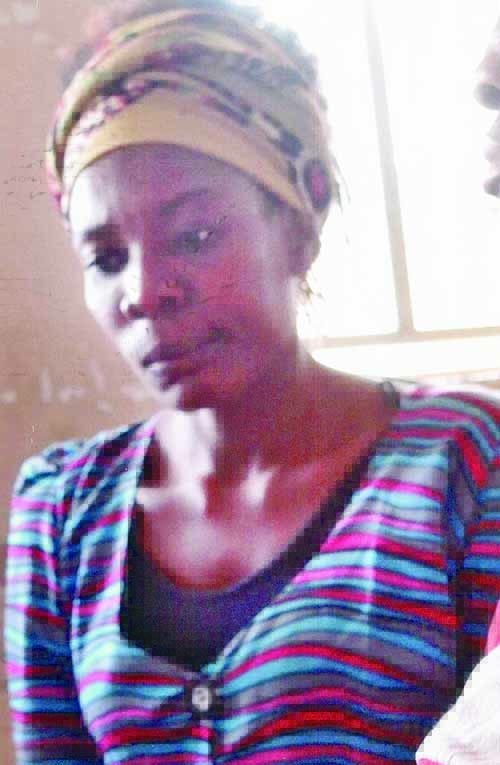 What could have led a 28-year-old lady to abandon her husband’s home, dumped her two-year-old daughter in an orphanage only to move in with her fourth husband?

This and more are the questions the police in Abuja are working on to find answers to, after a 34-year-old jail returnee, Paul Jubril reported that his wife, Blessing Ochonogor killed their daughter Ifeoma and fled to live with another man.

Saturday Sun gathered that the live-in-lovers were living on Jaja Street, Kubwa area of Abuja, with their two kids before Paul went to jail for an unknown offence.

Upon return from Suleja prison about two weeks ago, Paul, from Etsako LGA, Edo State, discovered that Blessing who hails from Benue state had fled their apartment with their two kids.

Speaking to Saturday Sun at the police station, Paul said, “I went to Suleja prison. When I came back in January 2017, I couldn’t find my wife and two kids. It was later I heard that my daughter Ifeoma was at an orphanage home at Arab Road, Kubwa Abuja.”

While trying to consider what could have led Blessing to do what she did, Paul said, “I remember we had a misunderstanding in 2015 but I didn’t know she would pack out of the house with our two children, Peter Smith who is seven years old and Ifeoma who is two years and three months.”

Police findings show that after leaving her husband’s home, Blessing who had had two kids for two men before moving in with Paul, took her baby to an orphanage home where she lied to them that the baby’s parents had died. After dropping the baby at the orphanage, she was said to have moved in with another of her suitors as her fourth husband.

It was not long before the baby began to grow lean and sick. Efforts by the orphanage to treat the baby led to the discovery that she had been infected with HIV. This prompted officials to search for ‘the good Samaritan’ who brought the baby. When the baby was eventually returned to her, it was almost too late as she died soon after. 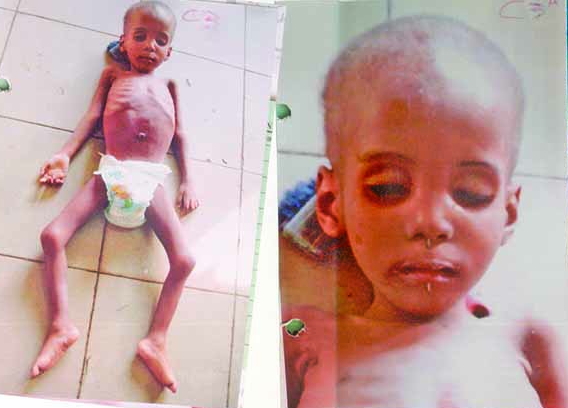 “I have to report the case at Kubwa phase 4 police station Abuja. I didn’t believe that my child could die of HIV. When I was going to prison in December 2016, my child was in good health. I don’t know why my child will die of HIV. I don’t have HIV, likewise, my seven years old son, Peter Smith. I want to know the cause of death of my child.

“My child is now at the mortuary at Kubwa General Hospital. Before I bury my child, I am still insisting to know what killed her. It is my girlfriend who is responsible for the death of my child”, the angry father lamented.

In her own account, Blessing Ochonogor told Saturday Sun that she was not legally married to Paul, adding, “myself and Paul Jubril merely had boyfriend and girlfriend relationship.” According to her, “Suddenly, I discovered I have got two children for him.” While justifying why she had to move out of Paul’s home, she said, “Whenever I have a quarrel with my boyfriend, he used to beat me to a state of coma. When I couldn’t bear it anymore, I have to pack out from the house to sleep in an uncompleted building for three days.”

“When I could not bear it, I took my child Ifeoma to the orphanage home at Arab Road, Kubwa Abuja. I deceived them that the parents of the child are dead. It’s true, I didn’t go there to check my child, and I went only once. Later, I went to marry another man.

“Suddenly, the orphanage home called me that the child I brought to them was ill. I refused to go there initially but later I went and took the child to Gwarimpa General Hospital and they diagnosed her of HIV and we were referred to the National Hospital but in the process the baby died on December 2016”, she added.

Pleading innocence on the death of the baby, the Benue State-born mother of four added that, “I never killed my child. It was frustration that prompted me to take the child to orphanage home. My Father and Mother are not living together. There is nobody I can handover my child to when I was in predicament. Since I am no longer with my boyfriend, he has threatened to kill me. Since the death of my child, my boyfriend has been accusing me of killing our child with HIV.”

“It is not possible to kill my own daughter. When life is so difficult for me, I have to marry another man. My boyfriend didn’t give us rest of mind since he came back from prison. My boyfriend has frustrated my life and I am not going back to his house again”, she stated.

When contacted, the FCT Police Commissioner, Mr. Mohammed Mustapha told Saturday Sun that his Command would encourage the duo of Paul and Blessing to settle their differences and burry the baby abandoned in the morgue.