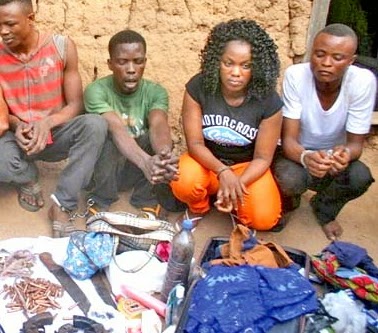 After seven days in the kidnap­pers’ den, the life national vice president of the National Association of Chambers of Commerce, Industries, Mines and Ag­riculture (NACCIMA), and chairman, Bond Group of Companies, Chief Debo Omotoso, 78, was on Tuesday rescued by the police in Oyo State.

He was rescued at Ajia community in Egbeda area of Ibadan after a gun battle with the seven-man armed gang. Some of the abductors reportedly came from Port Harcourt in Rivers State. They were said to have joined their partners in crime in Ibadan for the abduction and later demanded for a ransom of one $1million. 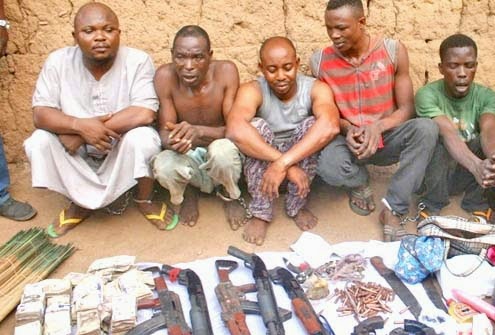 Omotoso was kidnapped by gunmen at about 7:30p.m on Wednesday last week at his residence in Gaa area of Aawe, a town in Afijio Local Government Area of Oyo. The kidnappers reportedly pretend­ed to be workers of a laundry company.

Investigations revealed that the gun­men gained entrance into the house after they overpowered the guards at the gate. The abductors were said to have ordered other people they met in the house to lie down, warning that they would be shot if they remained standing. The abductors then blindfolded Omotoso and took him away.

Omotoso, who is the Asiwaju of Afi­jioland, was said to have just returned to Nigeria from abroad few days before his abduction. As gathered, he was to attend a board meeting of one of the companies under the group, Bond Chemicals Lim­ited last week Thursday morning.

Narrating his ordeal, Omotoso ex­plained that the kidnappers stormed his residence at about 7:30p.m on the fateful day while he was having a chat with his friends at home.

“We saw some people coming into the house. They demanded for all the dollars in the house and threatened to kill us all if we did not cooperate.

“I just returned from the United States, where I had gone for treatment. They took all they wanted and just when we thought it was all over, they asked me to come with them.

“I was blindfolded and bundled into a waiting car outside. I was taken to an abandoned village house and I stayed there for four days before I was trans­ferred to this place. I was told that they were taking me to a place in Edo State and I was blindfolded on the way.”

Omotoso stated that he believed he was in Edo until he was rescued by the police and he was told the place he was kept was in Ibadan. He said his abduc­tors fed him with normal food, water­melon and orange juice while in he was held captive.

Also, chairman of Oyo State Cham­bers of Commerce, Industry, Mines and Agriculture (OYSCCIMA), Asiwaju Olaitan Alabi, described the incident as a very sad one. He said: “We got the news on Thursday afternoon when we were holding our executive council meeting of OYSCCIMA that Omotoso, former President of Odu’a Chambers of Com­merce, Industry, Mines and Agriculture, was kidnapped in his town in Aawe, which is very close to Oyo town. That is where Bond Chemical factory is located.

“He returned to Nigeria a couple of days ago. He was sick. By the time he came back, he was still recovering but he has not fully recovered. At the time they captured him, he was still very sick.

“It is very unfortunate that this das­tardly act is now coming to this part of the country. Oyo State, in particular is very safe and at least, this type of kid­napping has not been very common here. We only hope and pray that this does not become a recurring incident. We pray that it will be the end and not the begin­ning of such menace in this state. It is a very bad trend.”

The Police Public Relations Officer in Oyo State, Mr. Adekunle Ajisebutu, a Deputy Superintendent of Police (DSP), told Daily Sun yesterday afternoon that the Oyo State Police Command got wind of the abduction it and swung into action.

“In a massive midnight but coordi­nated efforts of the newly constituted Ambush Squad, officers and men of the Special Anti-Robbery Squad (SARS), including a special squad from Skynet, located the hideout of the deadly group in a remote area of Ajia and engaged them in a shoot-out, which lasted from midnight till the wee hours of March 11, 2015.

“As a result of our resilient and con­tinuous onslaught, the defence line of the miscreants was weakened, forcing them to run into the bush with bullet wounds as evidenced by substantial bloodstains they left behind. The victim was thereaf­ter rescued hale and healthy in a shrine,” he said.

Ajisebutu, who stated further that arms and ammunition were recovered from the abductors, said seven persons had been arrested in connection with the incident. He gave the name of the gang’s leader as one Bisi, a mother of three and a native of Aawe based in Uguagwa in Port Harcourt.

According to him, one Oladipupo, was a member of the strike unit; another man, Alabi, was the get-away driver while one Isiaka was the gang’s spiritualist who allegedly used his massive shrine as a hideout and detention.

Three other suspects, Ajisebutu dis­closed, were Ayobami, Ajayi and Shittu.

The gang leader, Bisi, who confessed that she was known as Vivian in Port Harcourt, told newsmen that she was a trader in herbs.

“After returning home to Awe, I went to a brother called Laide and asked him to make juju for me. He told me that he knew Baba Omotoso and that I should call Lucky to come and kidnap him be­cause he had refused to settle his family for the death of his brother who died in Omotoso’s swimming pool.

Lucky, who escaped arrest, was said to have played a fast one on the other members of the gang. He reportedly declared an amount below the ransom paid by the victim’s family.

But the state Commissioner of Police, Mr. Mohammed Katsina, who said the abduction took place barely a week after he was transferred to Oyo State, said the suspected kidnappers were apprehended through the concerted efforts of the men and officers of Ambush Squad after a shootout with the kidnappers in their den, adding that it was the result of a one-week operation.

He continued: “It was a disturbing phenomenon. We launched the Opera­tion Hell Wind on the night that the matter was reported with help from the newly constituted Ambush Squad. We succeeded in locating the hideout and engaged the kidnappers in a long shootout that lasted from midnight till the early hours when they were over­powered.

“We call on hospitals, traditional clinics and anyone with information on their whereabouts to contact the police. Some of these people came from Port Harcourt.”

Continue Reading
You may also like...
Related Topics:Ibadan, kidnapper, woman