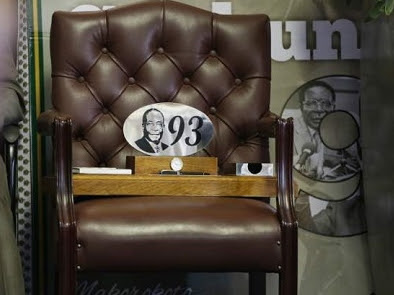 The oldest serving President in the world, Robert Mugabe is a year older today.

Mugabe was honoured as his staff threw a surprise birthday party for him.

Though the nonagenarian was unable to cut his cake but his son-in-law Chikore Simba came to his rescue.

According to BBC, Mugabe received a lot of gifts from supporters and loyalists today. 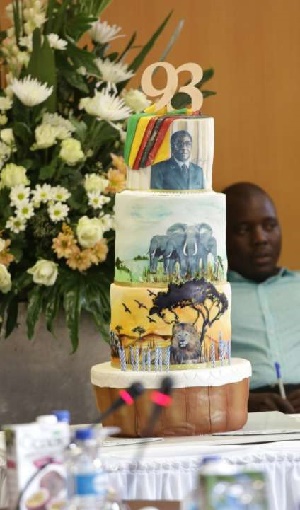 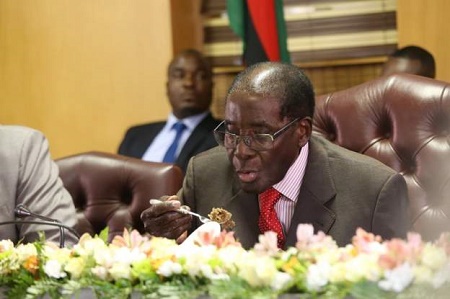 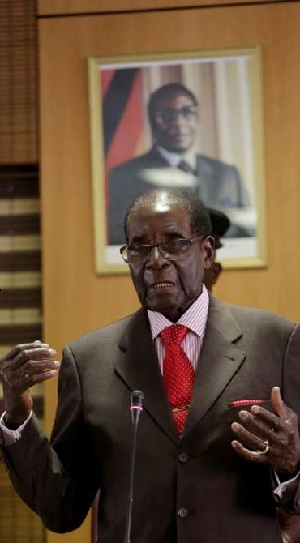 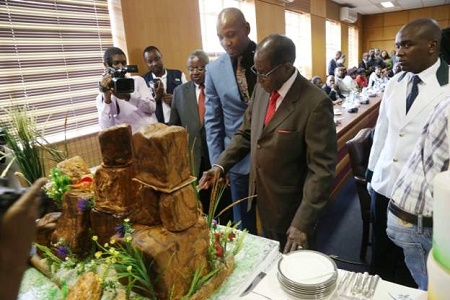