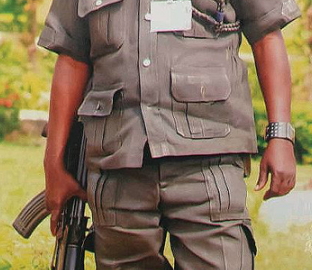 May 14, 2016 – Ebonyi Police Inspector Who Killed Sergeant At NNPC Station In Abakaliki Arrested

An unidentified police inspector has been arrested in Ebonyi state for allegedly killing a sergeant stationed at the NNPC mega station on Abakaliki /Enugu road.

The sergeant whose name was not disclosed by the command was shot dead by his inspector on the 8th of April 2016.

His AK-47 rifle was taken away by hoodlums who besieged the station at the time of the murder.

“We are investigating the matter and we have arrested some persons apart from the policeman we earlier arrested in connection with the killing.” – Ebonyi Police Spokesman, George Okafor tells reporters in Abakaliki yesterday

Photos: Missing Nigerian Medical Student Ambroye Monye Commits Suicide In Chicago Illinois
The State Of Racism In India Today: How Nigerians & Africans Are Hated Without A Cause