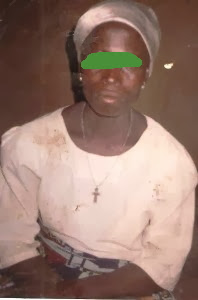 A Lagos-based squatter, petty trader named Titilayo Odedele has been charged for killing her 2-year-old baby boy over poverty.

She was charged with the murder of her own son at the Ebute- Meta chief magistrate court, in Lagos, western Nigeria. Her plea was not taken today.

The woman, a squatter in one of the white garment churches in Ajagunro-Imota Ikorodu in Ikorodu local Government area of Lagos state was alleged to have killed her two year-old son due to her inability to raise the boy alone.

The woman claimed she had not seen the father of the boy since his birth. She was caught by a herbalist while she was strangulating the boy in a bush very close to the church. The herbalist was said to be working on a farm. The man arrested the woman and raised an alarm. The woman was later handed over to the police.

Odedele was thereafter arraigned before the court on a count charge of murder under section 221 of the criminal code.

She has been ordered to be remanded in Kirikiri prisons pending the advice of the director of public prosecution.

Her case has been adjourned till Feb 3rd, 2014 for hearing.