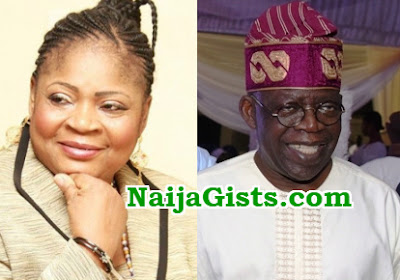 You cannot miss her voice in a crowd. Known as the Waka Queen, her career as a teenage songstress shot her into limelight in 1976.

The name, Salawa Abeni became a household name in the South Western part of Nigeria. Her success grew and the name reverberated in other parts of the country. Then, her fame spread abroad and she embraced the klieglights from teenage years into adulthood.

Now a mum and grandmum, 56-year-old Queen Salawa Abeni is a bag of stories—the good, the bad and the ugly. For one who was on the brink of collapse and back to her glorious career after a six-year sudden halt, here is celebrating her victory, her recovery and her restoration.

In this interview with Kemi Ashefon for LOVEHAVEN magazine December Bumper edition, QSA bares it all

Why were you off the entertainment scene for some years?

I was ill for like five or six years. It started in 2008 and I didn’t recover until six years after. I was not performing on stage and other social events. Suddenly, I became terribly ill and couldn’t go out. I could not think of work because I could not walk—I was paralyzed. All I thought of then was getting back on my feet. I kept praying to Allah to help me catch up with the lost years.

What was the nature of the illness?

I cannot really explain what happened but it was paralysis and was extremely bad. I could neither walk nor do anything. I thank Almighty Allah because not everyone could go through what I went through and still survive. Thank God for my siblings, my children, my band boys, Asiwaju Bola Ahmed Tinubu, former Governor Fashola and now Governor Ambode, who later took the responsibilities upon him after my recovery. To be out of work as an entertainer for six years is no joke.

My band boys stood by me and they didn’t go! It’s not easy to hold down band boys for five/six years and think they would still work for you.