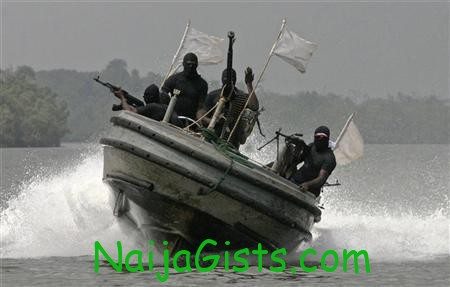 The proprietor of De Clemcy Nigeria Limited, Mrs Chinasa Ngokere was abducted on Sunday in Eket, Akwa Ibom, by yet to be identified gunmen.

Family sources told the News Agency of Nigeria (NAN) in Eket on Monday that Ngokere, who owned a cottage industry involved in water treatment and packaging in Eket, was abducted on her way to church in company of her husband, Mr Clement Ngokere.

The sources told NAN that the kidnappers were yet to establish contact with the family or make any demand for ransom.

According to the sources, the gunmen waited for the couple at the entrance of their compound in Afaha Uqua area of Eket and swooped on them as soon as they stepped out.

The six gunmen abducted the business woman after they had over powered her husband who resisted the abduction of his wife.

However, NAN gathered that the man sustained minor injuries as he was wrestling with the abductors of his wife, before the abductors succeeded to drive their victim to an unknown destination in a waiting car.

Police sources in Eket confirmed the incident but declined to give further details and referred further enquiries to the Police Spokesman.

However, the Akwa Ibom Police Command spokesman, ASP Onyeka Orji could not be reached for comment.

Policemen in Eket Division killed seven suspected kidnappers in October 2011, in an operation against the hoodlums.(NAN)