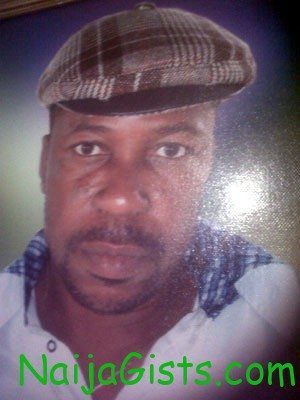 A Warri-based journalist, Mr. Monday Whiskey, was on Monday night taken away by gunmen suspected to be kidnappers naijagists.com .

The gunmen, who trailed him to his Orhuworun, Udu Local Government home about 3pm on Wednesday, called a younger brother to demand a ransom of N10m.

The suspected kidnappers gave his family till 6pm on Tuesday evening to pay the ransom.

The journalists, who has worked with various newspapers including National Interest, Niger Delta Enquirer and recently National Life, was seized by five heavily armed men when he tried to enter his compound.

One of his daughters, Edna, who witnessed the incident, said she was about to open the door for her father when the men suddenly appeared and dragged her father into a waiting car, and sped off into the dark.

Whiskey’s case lengthens the long list of residents of the state, especially in Asaba, Warri, Effurun, Sapele, Ughelli and Abraka that have been kidnapped in the past one week.

Wife of the Commissioner for Basic and Secondary Education, Stella Muoboghare, a former member of the state House of Assembly, Mr. Gabriel Okpuno, and five others, including three teenagers had been abducted in the past few days.

When members of the Nigeria Union of Journalists visited Whiskey’s family on Tuesday, his wife, Flora, appealed to the Delta State Government and security operatives to secure the release of her husband. (punchng)