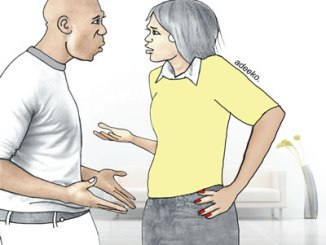 An Ibadan-based housewife, Amina Sulaiman, today  told an Ilorin Area Court that her husband, Ibrahim Babaoja, could not even afford the cost of her underwear.

Amina, in her testimony, begged the court to dissolve their seven-year-old marriage because her husband refused to take proper care of her.

She told the court that she had been saddled with all the family responsibilities, which had become unbearable for her.

“Our marriage is blessed with two children, but to eat in the house is a problem.

“He will not pay the children’s school fees; he cannot even afford to give me money for my underwear.

“There is always chaos in the house and I can no longer bear it or tolerate his attitude and lack of care.

“I pray the court to put an end to this marriage,” she begged the court.

The respondent, Babaoja, was not present in court to defend the allegations,

The presiding judge, Mr Abdul Quadri, said that the respondent had earlier sent a letter of consent to divorce.

Quadri ordered the dissolution of the marriage on the ground that both parties had agreed to it.